MM: Do we see you are a southern boy from ATL? Are you a Falcons fan, favorite player? Or What are you proudest about coming from the South and why?

There’s a little known thing called “Southern Charm” and it is
a living breathing thing when you are raised in the South. If you don’t believe in it then you haven’t met a true southerner. Southern Charm isn’t learned or even necessarily spoken of, it’s just innate energy that exudes from people born and raised south of the Mason Dixon line. I’m proud of that. There’s a bit of humility that accompanies Southern Charm as well. I’m thankful that my parents and the environment I was raised in, instilled that humbleness within me. It’s one of the reasons it never clicked in my head that my face is on millions of televisions every day. Of course, I’m a Falcons fan!

We see you started out modeling before breaking big in The Young and the Restless, besides Coca-Cola and A&F can you tell us what it was like on set for Gaga and Britney Spears?

It’s funny you bring up a couple of those past jobs. I’m so focused on the here and now that I don’t think about them very often. I forget how lucky I am. I was extremely fortunate to work on some amazing jobs with some amazing people when I was a little younger, Gaga and Britney being two prominent one. They were both incredibly welcoming and wanted everything to be a collaboration. I never had a feeling that I was there to work for them. We were there to work together and they each devoted a lot of their time and energy to create that type of environment. If you watch the Britney video, there were a lot of guys that naturally breeds a certain level of competition. Britney and her team loved competitive energy and decided to use it as a focal point in the video. We were all vying for camera time and attention so the video concept ended up being a pseudo dating game. We had to exhibit our talents to “win” a date with Britney. Guys were break dancing and playing the guitar and doing backflips. Spoiler alert: I have zero natural talents so I was scrambling for an idea. We shot the video at Universal Studios and I happened to stumble into a prop room as I was brainstorming. I saw a roll of carnival/raffle tickets and figured I could snag a few without anyone noticing some were missing. When it was my time to shine, I pulled the tickets from my pocket, awarding one to Britney and each of her dancers (who were acting as judges). When the cameras rolled, I collected the tickets and took Britney and her friends to the “gun show!” Cheesy! I know! I think it was too cheesy to make it into the final video, but hey, when you are low on talents and you want a date with Britney, you do what you have to do!

MM: You have been on The Young and the Restless for more than a year now, what was day 1 like, and what have you got used to, and what still surprises you about playing Kyle Abbott?

It’s crazy how time flies! I guess I’m pushing two years now and I still feel like I’m brand new. In the grand scheme of soap operas, I suppose I still am. Some of the actors on our show have spent their entire careers on the Young and Restless which is inspiring. My first day was full of veterans of the soap world because my debut episode happened to be the 45th-anniversary episode. The writers thought it happened to be the perfect timing for my character, Kyle Abbott, to return to town.

Due to it being the 45th-anniversary episode, so many past and present actors were on set at a massive party. Those party scenes were my grand reveal so I was meeting actors who had been on the show throughout the years as we were hanging around off-camera. It was terrifying having to meet and act with these soap legends, rather than easing in with a few scenes with one or two characters. It was such an amazing experience. It also happened to be my birthday so it was a hell of a birthday present!

MM: You obviously work out, walk us through your hardest workout day of the week, what does it entail? And indulge us, what does your cheat day look like?

Working out represents so many different things to me. At times, working out has paid my bills, it has been my rock through some really tough times and now, it represents a feeling and a mindset. My schedule is constantly changing so a routine is hard to master. A lot of times, I have to squeeze a workout in wherever it fits and if time allows it. If I have a good chunk of time to myself during the day, that’s when the hardest workouts happen. Usually, that consists of boxing for an hour with my trainer then transitioning into weight lifting for another hour or so. If I still have some time, I’ll throw in some extra cardio. Those are the toughest days. The days where my body hurts in the best way possible. My mind rarely shuts off and with boxing, it does.

Cheat meals……that’s easy! It’s only going to be one of two things: burritos or pepperoni pizza. I’m a huge sweets person so you know there is going to be dessert thrown in which is usually cookies, peanut butter cups, or donuts. Usually, there isn’t a cheat meal. I can’t stop there. It’s a cheat day!

Where do you see yourself in 5 years?

I wonder how many times in our lives we are asked this question…I don’t believe finding the answer gets any easier.
I imagine you are asking this question in terms of career and in regards to that, I’m not sure how to answer. I hope I’m still doing something different every day and working with some fun people. 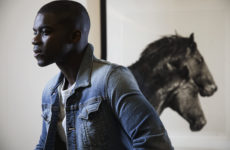 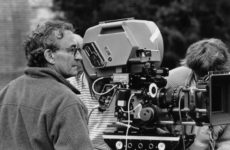