In the 24-hour news cycle, we are in desperate need of true symbols of hope. Our culture has always been attracted to stories that remind us of our humanity, of truth, and resilience of the human spirit when faced with perplexing challenges that just don’t add up. Perhaps that is why we love superheroes so much. In a place like Hollywood these days, the rise of an actor like Gregg Sulkin brings fans and industry insiders some solace that all it takes to save the world is a brilliant new hero.

MM: What was it like when you got the call to join MARVEL’S RUNAWAYS?

GS: It was one of the most surreal moments of my life. Jeph Loeb the head of Marvel Television, called me along with Josh Schwartz and Stephanie Savage (showrunners and the creators of Gossip Girl and the OC). I was sitting on my couch and Jeph Loeb said to me; I am going to say 3 words that are about to change your life. ‘Welcome to Marvel’ and at that moment I realized this show could potentially change my life. I knew the phone call was coming that day, I screen tested for it a few days prior, but I didn’t know it would be a yes or a no. I stayed calm and collected on the phone, thanked them for the opportunity. I hung up and started fist pumping around my house. I was like ‘oh wait’ I am in a Marvel series…I put on gym clothes and went to the gym. I don’t think I have ever had a better workout in my life.

MM: Did you watch Thor after you got home from the Gym?

GS: To be honest, I went out with my friends and celebrated.

MM: Is working on a Marvel series Top Secret?

GS: It is Top Secret, very secretive it’s insane. We were not allowed any visitors on set. Not allowed any phones on set, not allowed to take pictures. Our sides/scripts have to be shredded every day and are watermarked all over. It’s intense, but it is great. Every time I think about it, I’m amazed. I am working on such a cool project.

MM: How are Runaways different from the Marvel series and Films fans know and love?

“I was sitting on my couch and Jeph Loeb said to me; I am going to say 3 words that are about to change your life. ‘Welcome to Marvel’ and in that moment I realized this show could potentially change my life.”

GS: I think our show is very different than any other Marvel show because of a few things. I think the color palette is very different. For example, Dare Devil and Iron Fist were created in quite a gritty world contrasted with our world; it is a little bit brighter until the parents/villains bring some dark elements into the show. It is the first teenage show that Marvel has. It’s a great great show, I have been working on it the last few months. Everybody has a back story and purpose. The showrunner likes to say there are no villains in the show. Once you to know the parents in the show; they are doing all this for a reason. I personally think we have a very cool show and very unique energy on set.

MM: Why would you watch the show?

GS: I would watch this show, 100 percent. The teenagers are very relatable. The parents are so well thought out. Teenagers can watch it and adults can watch it too. It’s like mixing The O.C. and Gossip Girl and a little bit of Stranger Things and then you put it into the Marvel universe, its kind of like a perfect blend. I think to be on a different platform like Hulu helps. I have heard internally that people at Marvel are extremely proud of this show as am I. I haven’t seen a bad review yet.

MM: What Marvel shows did you start to watch to prepare for your series?

GS: I started watching Dare Devil and Jessica Jones; I wanted to understand the tone. I have watched the Avengers films. I am a massive Iron Man fan, I love Robert Downy Jr. Growing up I wasn’t a big comic book guy, but I have been a fan of the Marvel world and brand for the past five years. Last Halloween I wore this comic book suit, with the ‘pow, bam, boom’ words. I don’t really believe in coincidences, so I manifested it into the universe. I was putting it out in the universe and six months later I was starring in a Marvel series on Hulu.

MM: What were you into when you were a kid?

GS: Sports. It could be one of the reasons I fit into this character. My character plays lacrosse. I grew up playing soccer, tennis, running. I was always athletic. I prepared for the role by going to the gym a lot. I ate healthy with sucked because I love food. I trained with a trainer 3-4 times a week but also worked out on my own.

MM: What is it like to play a hero?

GS: Playing Chase and playing a superhero, I feel like a kid. During a take while filming, I made the sound effects and a producer came up to me and said you know we add in the sounds in post. I am a child at heart I love this stuff.

MM: What are your powers?

GS: I have fistigons, which Chase has in the comic. They are these gloves that cause destruction when needed. Chase creates his power with his brilliance in engineering; it was actually self-created, which I think is cool.

MM: Tell us more about the heroes in your life?

GS: My parents are my heroes. They have sacrificed a lot for me and my brother and I will always be grateful for that. I don’t understand why we don’t salute firefighters every time we see them. To me, those are our heroes and they don’t really get enough respect. We live in a world where certain reality stars are made out to be heroes and those are the wrong heroes right now. If anything I would like to think of myself as a role model rather than someone’s hero. I do my best to be grateful and to inspire others. I am not perfect I do dumb things on the weekends, I am a human. I try not to curse on social media and try to inspire others to be positive in the world.

MM: Let’s talk about style at home and out and about on the red carpet?

GS: In my house comfort is the most important thing to me. I think when I am home I’m the least fashionable person on the planet. I wear flip flops, sweat pants, and a hoodie. As soon as I step out of the house, my mom tells me to make sure you look nice because you never know when you will be photographed. So over time, I have enjoyed playing with fashion. It makes a big difference, It is a chance to express who you are. My style on the weekends is more chic, tailored and fitted look with some edge to every look. That’s kind of my vibe; that’s really who I am as a human being. People say ‘you are like the English James Dean’ (without the cigarette).

When I come on to do shoots, it is my opportunity to have no boundaries. Like somehow putting oversized suit pants with a turtleneck with a vintage jacket would look cool. If you saw someone on the street it might now work. I think what you wear does affect how you feel. I love shoots so much because it is an opportunity to express how you feel, different moods and attitudes.

MM: Do you like to go into a store and shop?

GS: I don’t like malls. I prefer to go into a showroom or a boutique shop in my own time, in a quiet environment. See what works and see what you can match and pair things. I love going through clothes, but just in my own time and not with cheesy Christmas music playing in the background.

MM: You have done a lot of red carpets, tell us what it is like?

GS: I have been doing red carpets since I was 12. The red carpet part of things is my least favorite part of the industry. I love being on set, I love creating, but I understand you have to do it. It is very ‘look at me look at me,’ which is not me.

MM: If you could change red carpets to something else to promote your project what would it be?

GS: It is just the way it is managed. It would be nice to have great music on in the background, instead, it’s hectic and everyone is screaming. It’s like everyone chill out! Maybe if it was organized a little bit better and maybe with fewer photographers, it would be better. It would be so cool if everyone coming out could have their own 20 seconds of their favorite song like I would come out to Elton John’s ‘Your Song’ . It would make the experience a little more pleasant. Why does it have to be crazy, everyone could take their time and relax and it would only take 15 more minutes.

MM: What was it like to reveal the trailer of Runways at Comic-Con?

GS: It was so fulfilling for me to see the reaction from the fans after working so hard on this series. We got a standing ovation and they were cheering, ‘yeah!’

MM: As an actor, you are obviously charismatic. Are you an emotional guy — are you sensitive?

GS: Absolutely. Not in public of course, but I did get choked up after leaving the stage at comic con in New York. I see all these fans cheer for me. It is very very humbling because without them you really have nothing. 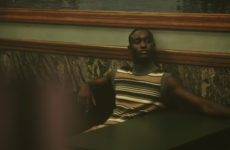 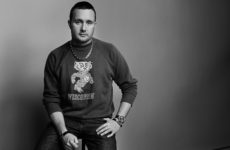 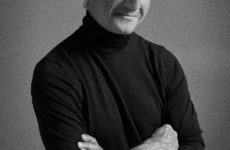