Do you remember when you first held a football? How old were you?

I don’t actually remember the first time I held a football. I grew up playing every sport, so I’m sure I was probably a few months old with footballs, basketballs, baseballs, and soccer balls all over the place. I do know that some of my earliest memories (I couldn’t have been any older than 4) are of me playing catch in our family room, watching football games with my dad.

When did you start playing the sport seriously? Did you know you were good enough to play pro?

I always played it seriously. I started playing flag football when I was 5, and I was so mad the whole time because I wanted to play tackle. I finally convinced my parents to let me play the next year, and that’s really when the obsession took off. From the moment I realized that you could play a sport for a job, I knew that’s what I wanted to do. The only problem was that I never knew what sport I wanted to play. It wasn’t until around my junior year in high school that I realized football was the right path for me.

Why do you love football?

I love football because it is so much different than every other sport. I have been around and played the other major team sports at high levels, but there is something to say about having 90 guys all bought in on the same goal. The bonds formed with each and every teammate through all of the turmoil and hard work are unmatched. Winning with these people makes everything so much more satisfying. And don’t even get me started on scoring touchdowns…

Now that you are a 49er; what has been the most surprising thing about being a pro athlete in America’s biggest sport?

One of the most surprising things I’ve learned is how two-sided this world can be. We’re put under this huge microscope where we perform in front of millions, and those viewers are free to interact and say whatever they want to us. Now, most fans are incredible and very encouraging, but a lot of people never think about the toll the negativity has on some players. Especially with social media, you can either be a star of the team where everyone wears your jersey, or you can be the enemy, where you don’t even want to go on twitter because your mentions are filled with hateful things.

What does it feel like to run out on that field when it is game time?

I haven’t experienced anything like it. It’s almost a euphoria.
You work the whole year to play 16 games, a few more if you’re lucky. You know how hard you’ve worked and how little is promised, so you really just try to take at the moment and play with as much passion and fun as you did when you were a kid.

Did you have a favorite NFL player growing up?

I definitely did. My first favorite player was Jerry Rice. Of course, I wasn’t even alive for half of his career, but I was still obsessed. He’s the reason I started playing football. Then Reggie Bush came around, and I got to see his whole career. I wanted to be like him so bad, I tried to do everything he did. I had their posters all over my wall. I got a chance to spend a little bit of time with each of them and we had some good talks. Just as good of people as they are players!

What you are up to on a day off?

Oh man, what aren’t I doing when I’m not playing… I feel like I have so many different sides to me. Some days you can catch me at the beach in Orange County. Some days I might be taking pictures somewhere in Washington. I love hanging out with my friends and family, so I might just be hanging out at home, playing video games (Rock Band or FIFA). If I’m not doing one of those things, I’m probably somewhere reading or writing. Maybe at a museum. Might be skating around, or playing pick up soccer. As far as food goes, I love to cook. So on the nights where we don’t go out to eat, I’ll normally make a ton of food for whoever is over.

Why is having a creative outlet mean so much to you?

I think that having a creative outlet is so important because it allows us to let go and get our minds off of things. Although football is my job and I love it, it is still no different than anyone else and their job. It keeps us sane to have something outside of our job. For me personally, I love art. And art can mean pretty much anything. Paintings, movies, literature, skating, architecture, fashion.

How do you want to leave a legacy and support others?

One of the things I’ve always said I wanted to do was to change people’s lives. That could be by just being someone to look up to, or by giving them a place to live. Right now I’m trying to create something that promotes art in our society. So many people look down on art or have certain preconceptions about it turns a lot of people away. I want to promote art as an outlet or even as a primary source of happiness or income. I think that there is so much room for growth in regards to the way we view art as a society, and I just want kids to not only know that there is so much out there, but that I support them as well.

Growing up (or right now) whose style do you admire?

Growing up it was definitely my brother, Kyler. I still get so much from him. If I ever need advice I go to him first. Aside from him, there are a ton of people right now whose style I admire. Tyler the Creator, Jaden Smith, Odell, Marquise Goodwin, Russell Westbrook. So many. Neymar, Lewis Hamilton. Memphis Depay. Kanye. I really admire anyone who has a different style than what is normal. That also means other cultures. I love the way some other cultures dress, I think in a way I admire their style more than anything.

At 6’1″ and 195 Lbs your fit would likely allow you to really shop from men’s high fashion brands. Do you have a go-to look or style when you aren’t in a 49ers uniform?

It’s funny because I actually did some work with one modeling agency and they wanted me to lose weight so that I could model for some high fashion brands, but there’s no chance I could afford to lose weight and still play football, I’m already skinny as it is!! Since I grew up in Orange County, my style has a very big influence from the surf/skate scene. If I’m not dress- ing up, I’m normally just in some shorts and vans.

What is the biggest fashion/style “treat yo self” moment you have had since joining the NFL? Shoes count, but tell us beyond the feet moments?

I’ve always loved designer brands, so as soon as I realized I could actually afford to buy some stuff, I definitely enjoyed some shopping. I go to YSL a lot, that’s kinda been a continual “treat yo self” moment.

We gotta ask about the hair. What goes into the maintenance of those locks. We want a product breakdown. Are any new colors going to make it into NFL 100 season?

LOL. I wanted to dye my hair purple since I was a freshman at UW (Go Dawgs) but I never had the guts to do it until senior year. Ever since then, it’s kinda been a day by day thing. Right now it’s purple and blue. I had braids in college, I’ll probably get those back at some point. Who knows. And I switch products all the time. Right now I’ve been using Moroccanoil and I really like it.

There are a few quotes I love. I’m very religious, so the Bible verse Matthew 5:16 is my favorite: “Let your light shine before men, that they may see your good deeds and glorify your Father in Heaven.” I also love the “Be like water” quote from Bruce Lee, because I think it is so important to not get stuck in one way of thinking. Water takes the shape of whatever container it is in, always evolving and changing. In nature, water also changes its surroundings, and I want to do a better job of leaving an impact on my community. 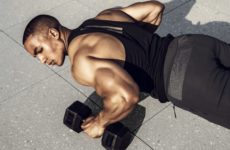 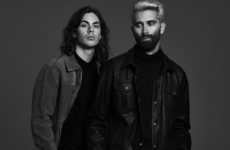 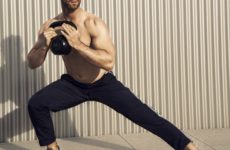