Tom Ryhs Harries has an impressive career spanning stage and film and stars in Apple TV Plus newest series, SUSPICION. We caught up with the Welsh actor over zoom to talk about his new series, getting back on stage in London for the play The Seagulls later this summer and more. Here is our conversation.

How did you celebrate the holidays and kick off 2022?

Man, I’m pretty low key. I went back home to Cardiff in Wales where I’m from and was with my family there. And just this side of 2022, I’ve been shooting this film with Gerald Butler that I can’t talk much about in the Middle East. Now, I’m gearing up for the launch of Suspicion on Apple TV plus! 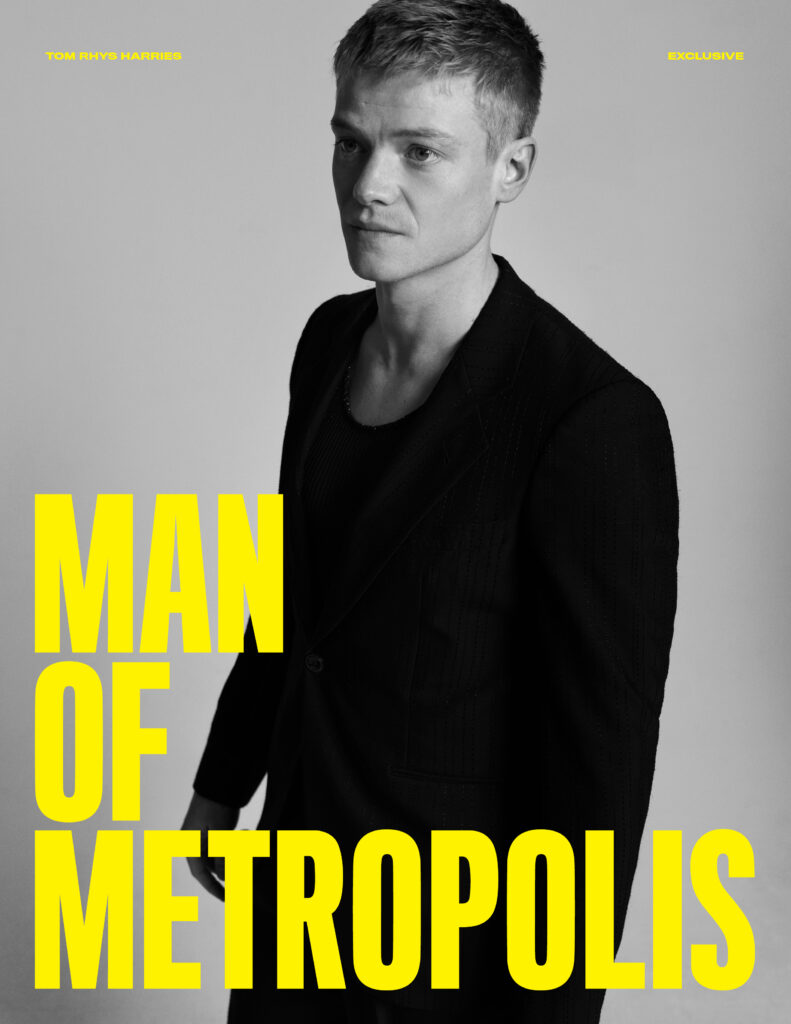 How did you get involved in this project with Apple TV taking on the role of Eddie in Suspicion?

When this project was initially going, Eddie, my character, turned up late on the show. Then becomes one of the people who are caught up in this kidnapping international scandal. We don’t know whether he’s involved or not. That’s part of the ‘who done it’ mystery. But initially I wasn’t available because I was doing The Seagull, a play in town in London. Then the pandemic happened and The Seagull went dark and I was available all of a sudden.

So then this, this was one of the first part projects, the sort of cropped up that was shooting again, post first lockdown. I was aware of Chris Long, who is the primary director of the show’s work. I’d seen the Americans and the opportunity to work with Apple and the scope of stuff that they’re able to do. That was pretty exciting.

And it was really weird though. I lived at the time with Edward Bluemel, who was my housemate who had been cast in this role. But then because of the lockdown, his previous contractual obligations meant he couldn’t  do it because he had another show that he had to go back to. So as a coincidence, I became involved with the show.

How would you describe what the series is about?

So it’s like an eight episode thriller. It’s like a ‘who done it’. Uma Thurman plays this very prominent business woman who who runs a big international PR company. And her son is kidnapped by these people who are disguised as the Royal family in New York.

Then we follow five seemingly normal suspects who are caught up in this international scandal. We watch that play out and we gradually get to know who they are, what their motives are, if they’re involved, how they’re involved and so the drama plays out. So news and information travels very fast, whether that information is true it’s sort of up for debate.

The viewer isn’t as passive for a show like this, why do you think that is?

It feels maybe more interactive because you’re invited along to speculate and guess. Yeah. The who and how people are involved in what the outcome will be. And then hopefully we’ve got a show here that will catch you by surprise. This genre has been around forever, whether that’s in book form or TV or film but the thing that I think that really sort of sets us apart from maybe others ‘who done it’ thrillers is Suspicion feels very current. The element of holding people in power accountable and questioning what is true. It addresses the element of social media that is so omnipresent in all our lives now and is growing and moving at such a rapid pace that I’m not sure we’re well equipped enough to manage it.

You filmed Suspicion in New York, any standout times there when you weren’t on set?

A friend of mine Harry Richardson, who is an Aussie actor who I’d known because he was living in London for a while, was based in Williamsburg because they were shooting a show. It was really amazing to get to spend time out in New York with a friend of mine who I’d known from London. Being in New York during the pandemic was just full of New Yorkers and barely any tourists. And I was really aware at the time that that was unusual. I felt like I got a really authentic version of New York. The city even had a very European dining situation due to the pandemic. I love Williamsburg. I love New York, man.

Tell us about the stage production in London you are in, this was originally planned for 2020?

The Seagull is back June 29 till mid-September. We started this production in March 2020, and it was quickly canceled due to COVID-19. Amelia Clark from Game of Thrones makes her West End debut, and we’ve got an amazing director, Jamie Lloyd. All of us are really excited to go back to it.

What shows do you binge or enjoy on the streaming apps?

You know what I’ve watched recently that I thought was brilliant and fascinating about the really dark side of capitalism in the states was Dopesick. Michael Keaton’s performance is insane.

Are you into superhero movies and would you be interested in playing one?

I don’t know. I think that’s so case by case. Nobody asked me to do superhero movies. Superhero movies are popular and I love Sci-Fi. When it is done right Sci-Fi is able to tap into metaphors and analyze humanity from a distance and if it is done well it can kind of catch you off guard.

We have to ask you about the Secret Life of Flowers, the H&M campaign. Can you tell us about it?

We notice a lightning bolt tattoo on your arm. What is that for?

I just love David Bowie. This is my writing hand so it just gives me energy I suppose.

When you aren’t acting, describe the perfect day?

I have ADHD so I wake up a bit fuzzy. Wake up early, do some kind of exercise, something to sweat like a run in the woods. Write some music, doesn’t have to be good, just sort of an expression of something. Then I would love to attend an International Rugby game and watch Wales play rugby.  Then have friends over and cook dinner for a big group. That would be like a pretty cool day for me.

You can’t control the waves. You got to learn how to surf. 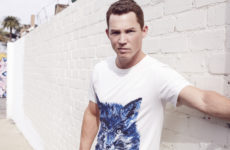 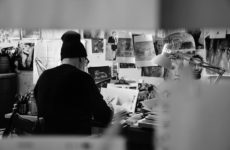 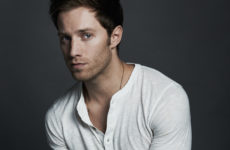