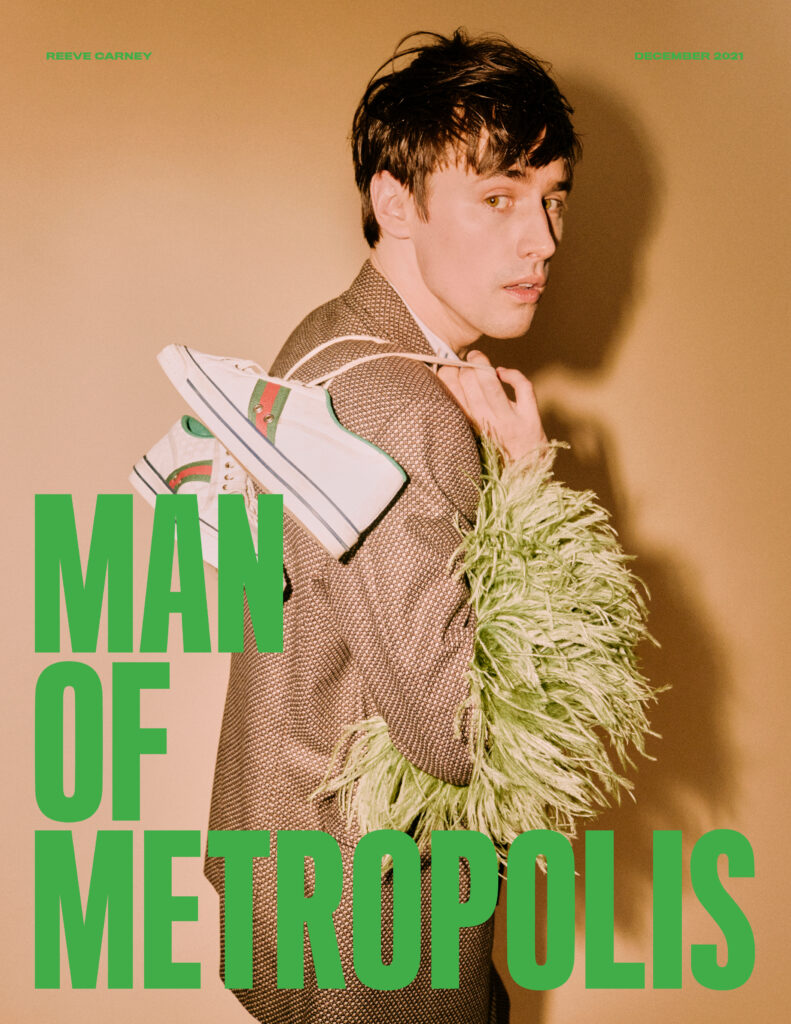 Read it on Issuu!

You may know this actor and musician for his role as Peter Parker on Broadway’s most expensive musical “Spider-man: Turn-Off The Dark” and as Dorian Gray in “Penny Dreadful” on Showtime. Now get ready to see him playing alongside Lady Gaga, Adam Driver, Al Pacino and Jared Leto as he plays a fashion legend – Tom Ford in Ridley Scott’s “House of Gucci”. We caught up with Reeve Carney after his shoot for the cover of  “Man of Metropolis” and discussed his latest role, music career and, of course, fashion.

How do you keep the balance between your music and acting careers?

I try to spend my time working on things that are interesting to me. I think the trick is finding enough time in the day to do as much of either one of them that you want to do. That’s one thing great about musical theatre because you get to do both at the same time.

There are a lot of versions and actors who have played the Marvel web slinging hero. But you played him on Broadway in “Spider-man: Turn-Off the Dark”. Now that is been a few years what was the the one thing you took away from this experience that changed you?

I love all of the actors who have played Spider-Man in the films for different reasons. And it’s funny because I’ve thought that I’ve probably spent more time in the suit than any of them. I was doing this for three years on Broadway. I didn’t do all the stunts but I probably did about 40% of them. I loved getting to fly around the audience every night. I miss it, but I did it enough. I performed 840 performances in that show. I took away a lot from that experience. It made me want to take acting seriously. Because five years prior to that I had been touring around as a musician with my band, nine months out of the year. Just strictly music. Until I got the job as a “Spider-Man”. That’s what really made me take it seriously. And after that I moved into “Penny Dreadful” TV series on Showtime. It was my first long-term acting job that didn’t involve any music. 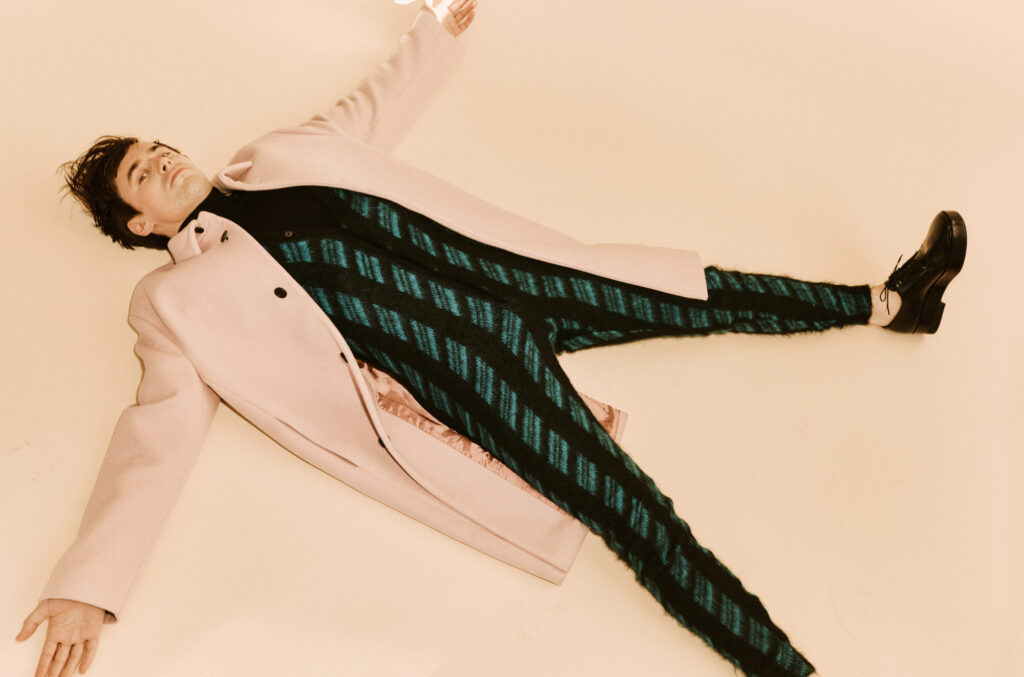 Will you play “Spider-Man” again?

If I ever had the chance – it would be great. I’d have to start working out a little bit more though, because the core strength is required. I was probably in the best physical condition of my life during that job – you have to support yourself so much when you’re in those wires. My core strength was at its peak. I have to get back in that physical condition in order to do it. But that would be fun.

How often do you work out?

I’m someone who doesn’t like the gym at all.  I don’t work out at all. I walk briskly, I run a bit but I don’t really do the gym or anything. I like to do what I need to do for my health. And other than that – I simply  don’t care. As long as you’re keeping yourself healthy – that’s what matters.

Do you keep the suit?

I have a lot of pieces of the suit. You know, there are a lot of people got injured on that job. But my friend, Chris, who did 50% of the stunts,  got one of the most famous injuries – he fell 30 feet and survived, which is incredible. He cut up his entire suit and gave pieces to the entire cast. He gave me his right glove. But my main costume is actually in the Smithsonian Institute, next to Judy Garland’s slippers from “The Wizard of Oz”.

Before playing on Broadway you performed with your band.  Sounds like you never considered yourself being a Broadway actor.

It’s not that I didn’t want to be on Broadway, but it just that I had a different focus. My focus was to be a touring musician at that point. Until I realised that there are a lot of things about music business that have nothing to do with the art. And I hate to say this, but within the music industry a lot of that power can be easily taken out of the hands of the artist. And you feel like you’re working for someone that may or may not have your best interest at heart. And I don’t like that feeling. So for that reason, I’m incredibly grateful to be working on these beautiful artful pieces like “Hadestown” musical. I go to work and I do my best every day. We get to perform and be honest in front of an audience.  And then you go home and you enjoy your life. 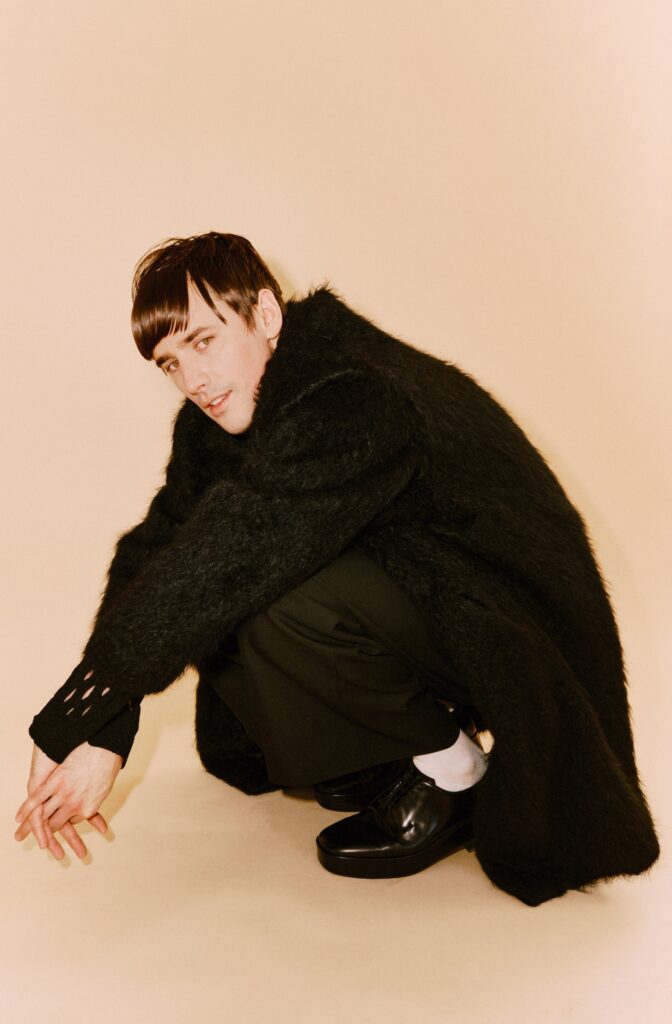 You won a Grammy in 2020 for “Hadestown” the musical record. What’s it like to be recognized like that at this point of your career?

That was a dream come true. It’s crazy. Out of all the awards that you can get a Grammy was the award that I’ve been really desiring for the longest time.  I remember watching the Grammy’s in 1996 in a “Cafe 50’s” in Los Angeles, on Venice Boulevard. I was with my family: we used to bring this like portable battery operated TV and we would eat there and watch. That time I was first thinking that I really want to win a Grammy one day. That would be so cool.

A lot of artists may value awards differently. What holds the most weight for you as an artist?

The thing that matters the most is my opinion of the work. The best case scenario: I like my work and people also like it.

What if someday people will stop liking your music? How would you feel?

It doesn’t really matter as long as I like it. But it’s better if they like it. I would not be happy making music that I don’t like just to make other people happy. That would be disappointing for me. The ultimate goal is when you make music that really connects with people. But you have to love it yourself. If you don’t love it yourself, then what’s the point?

Let’s switch to your acting career. Recently you played Tom Ford in Ridley Scott’s “House Of Gucci”. Did you get to hangout with Mr. Ford to prepare for the role?

How did you prepare to be Mr. Ford then?

I read all the books that I can find. And I watched his films because Tom Ford said in an interview: “if you want to understand me, watch “A Single Man”. So I watched that. Also I watched every interview I could find. Every interview that exists. I bought his huge black book that is titled “Tom Ford”. It is sort of chronicles of his career at Gucci.  It has all the photographs of his designs from that era which was really informative for me. Being an artist myself and examining someone’s work tells you as much about them as the things they say about themselves in interviews.

Have this acting experience inspired you to buy some of his products?

I love his products. But right now, to be totally honest, I don’t have a lot of closet space. I’m having to put a lot of things in storage. But it was an honour to wear his clothes at the New York premiere of “House of Gucci”.Usually I don’t get styled by anyone for the red carpet. I do it myself. But this time I really wanted to do things right. Imagine all these people that I was going to be on the carpet with.  I was really excited when Tom Ford agreed to dress me for it.  I am very happy with that look. And I love those sunglasses.

What was the first luxury brand / designer name you were aware of early in your career?

Growing up in Manhattan you’re around a lot of fashion. I went to school with Zac Posen, for example. Ralph Lauren was probably the first designer I was aware of. 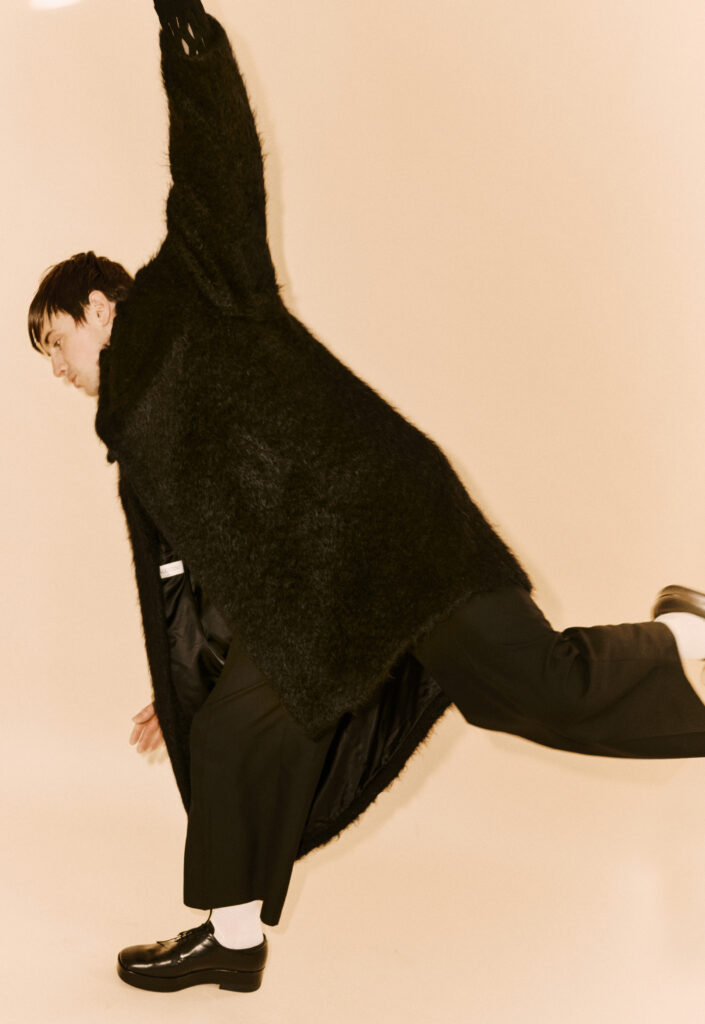 Is there such thing as a perfect Sunday?

Perfect Monday, I’d say. It’s the only day off I have. I love going to the movie theaters but we haven’t been doing that recently. I like going to restaurants, mainly outside. One of the best things that’s happened during pandemic is that New York has outdoor dining. I like anything that tastes good to me. I’m not that picky. 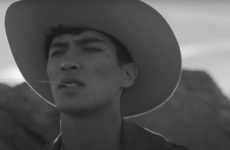 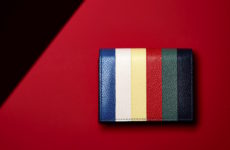 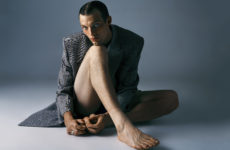