Actor Tom Varey stars as Jack Morris in the new gripping thriller, Ridley Road. Ridley Road is written and adapted for television by award-winning writer Sarah Solemani and takes place in the 1960’s in London. The drama covers some relevant and alarming political themes including: anti-Semitism, fascism and neo-Nazism. We caught up with Tom after his shoot with Joseph Sinclair ahead of the BBC release of Ridley Road for an exclusive with Man of Metropolis.

ST: Congrats on Ridley Road. It is a major accomplishment. I was sucked in and all 4 episodes were really gripping stuff. You obviously must be very proud of this project. Before we dig into your character Jack Morris, can you tell us how you got involved in the series?

TV: Thank you! I’m incredibly proud of it, the experience of being on this set and getting to tell this story is something I’ll always cherish. I got involved the usual route really, my agent sent over the scripts which I flew through, then I had a meeting with Sam Jones and went on tape. I’d worked with Sarah Solemani previously on a show called ‘No Offence’ and thought she was so cool, the whole team seemed really exciting and I really wanted to get the part. When I got the phone call from my agent I was smiling a lot, definitely did a little happy boogie.

ST: Who is Jack Morris and what can our readers expect from you in this role?

TV: He’s a bit of an enigma, Jack. He is a Jewish, Mancunian lad who is not afraid to fight for what he believes in. He is a bit of a lone wolf, secrecy suits him and I think he finds some form of escape from conventional domestic life by being able to go undercover for the 62 group. He was a promising boxer and there is certainly a bit of scrapping in this show! when Jack meets Vivien, it opens a feeling in him that is he didn’t know was there, similar to a lot of men in his era, he struggles to articulate his emotions and so having a cause and action to dedicate himself to works for him. There’s a ‘Jack with Vivien’ and a ‘Jack with everyone else’, finding those differences was really interesting for me. 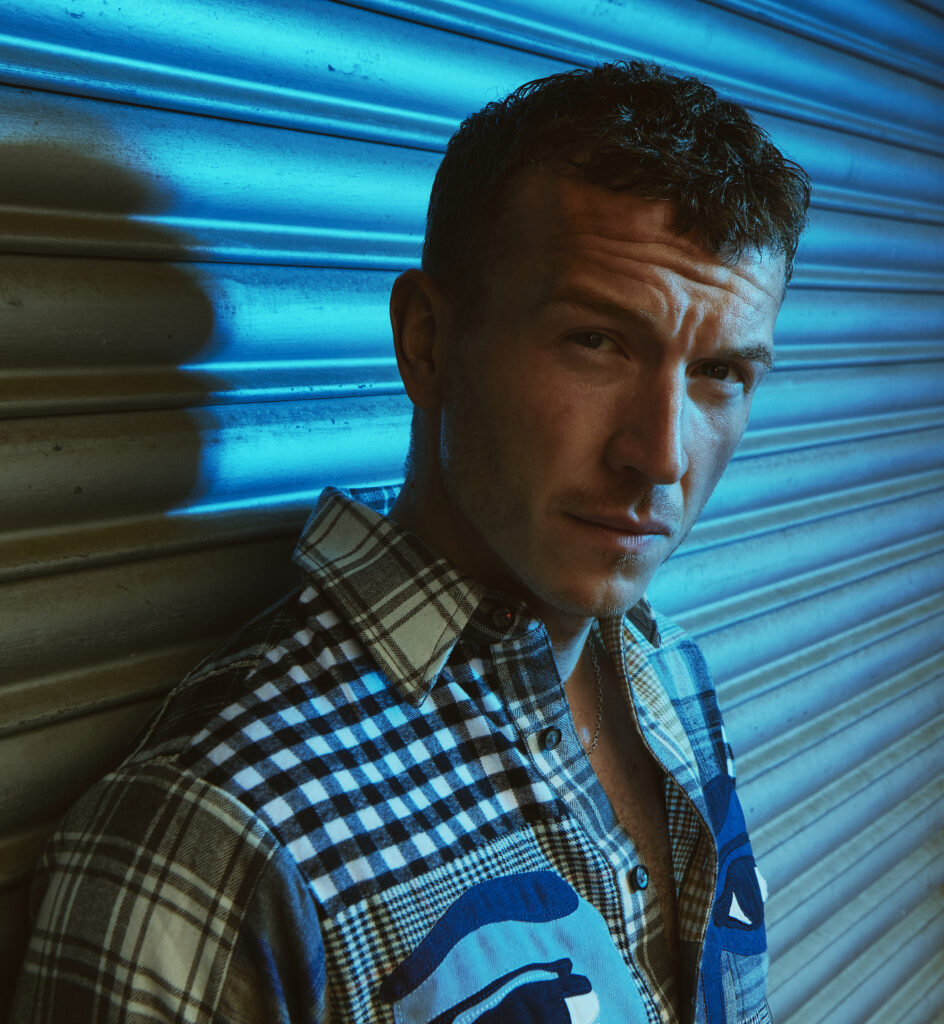 ST: The series is set in 1962 and really digs into anti-Semitism, fascism and neo-Nazism. These are very heavy topics. Did you have mini-history lessons on set, or did you have to do your own research to prepare for the role?

TV: I have to admit I had no idea this was happening in the 60s, that era I always imagine peace and love and the rolling stones, so it was really eye opening to read these scripts and learn about this topic. lots of solo research firstly, the lockdown meant that there was lots of time to really prepare, I asked Sarah if she could send me any material to get involved in, and she sent over a big list of books like ‘we fight fascists’ by Daniel Sonabend and ‘Night’ by Elie Wiesel, and also some things to watch to get a sense of the world and style of the show. Then in the weeks prior to filming we had rehearsals where we discussed the topics in the show and why it feels so relevant today, I remember spending rehearsals listening to the other cast talk so brilliantly about everything, Tracy Ann Oberman was absolutely brilliant, we had a 62 group rehearsal and I came away from that after listening to her thinking ‘I can’t wait to do this’.

ST: Jack is a bit of a bruiser, and you get in some pretty intense physical acting / brawling. On screen it looks very real and painful. What is it like preparing for those scenes and what do they do to make sure no one actually loses teeth or an eye when the director yells, action?

TV: haha you can never be sure there’s not gonna be a couple of teeth knocked out! no only joking, I loved doing all the physical stuff, those days were always so adrenaline fueled! we had a brilliant stunt team who came in to help on those days, usually we would take 1 or 2 days before the shooting day to choreograph it all and then run and run and run it so that it was inch perfect and safe. I find it all really interesting talking about how the different characters would have different brawling styles and choices of weaponry, Jack definitely has a signature move in the show so that’s one to look out for! 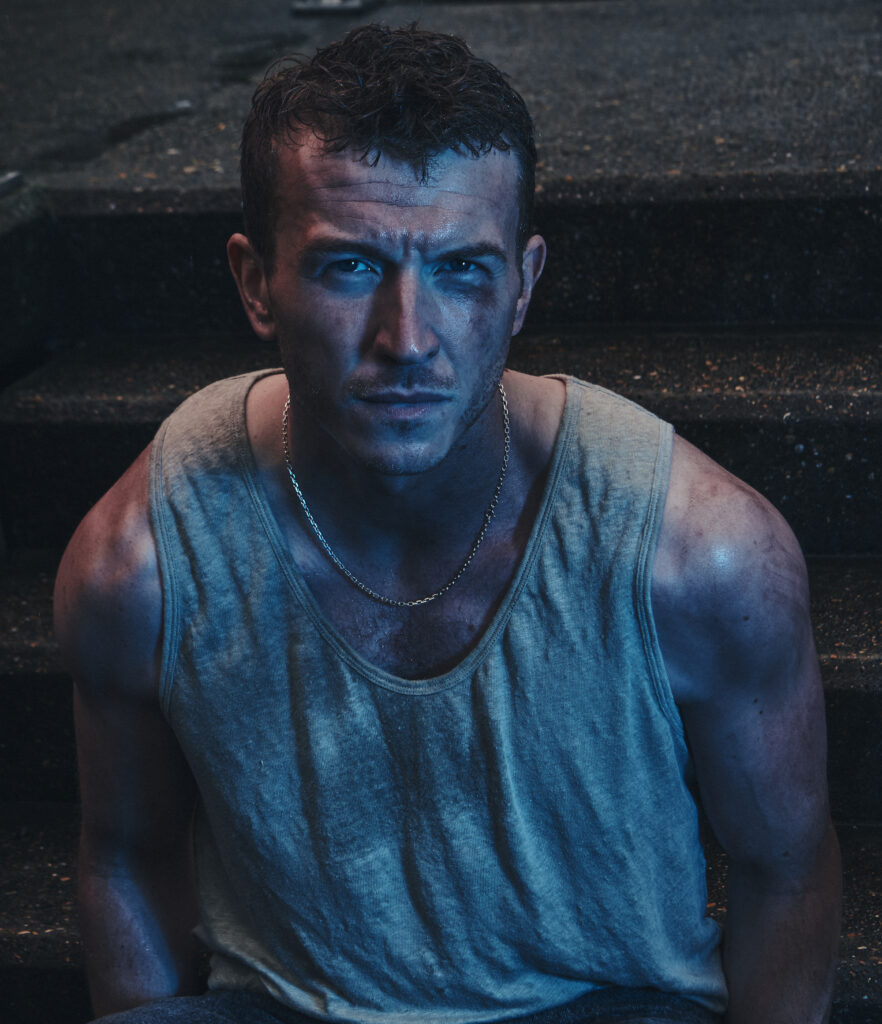 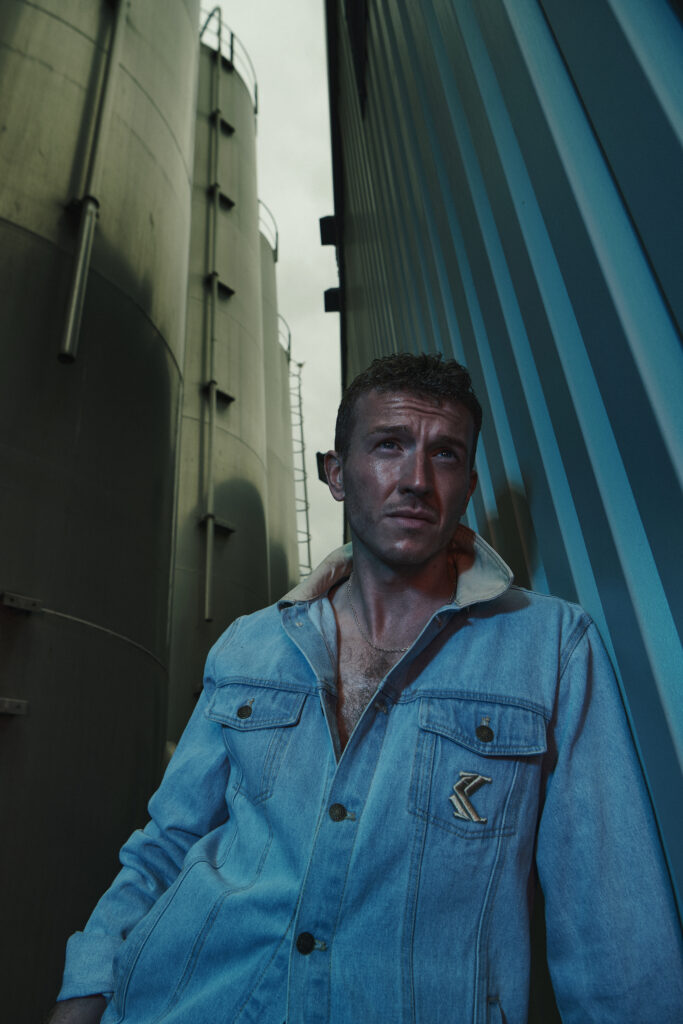 ST: Since we are a fashion magazine we have to touch on that element of the series. What was it like getting dressed for a different era, and was there anything style wise that surprised you about your wardrobe?

TV: The costume designers on Ridley were top class! as we are in the early 60s a lot of my costumes had more of a 50s feel to them, which I loved. I’ve always admired the style of the guys in those times, Steve McQueen to Paul Newman, and so it felt exciting to be calling back to that. Jack’s style is kind of simple but stylish, with rolled sleeves and boots. I had a Harrington style jacket that was custom made to fit that was really cool.

ST: Aside from the wardrobe, the script, and character development, what is another element of Ridley Road you are particularly proud of?

TV: Having the opportunity to tell what feels like an incredibly relevant, important story, and getting to work with people I have looked up to for a long time. also without wanting to go down the cheesy road too much, made some real friends for life, I feel like filming the show during the pandemic made us quite a tight unit, we even did our own zoom quiz one time that Hannah Onslow, who plays Elise, put the questions together for!

ST: We would be remiss if we didn’t ask you about Aggi O’Casey who plays Vivien Epstein! She was so incredible in this series. You two also had great chemistry. So two questions:

-Did you both audition together, and did you feel immediate chemistry?

TV: We didn’t audition together no, but once we were both cast Lisa Mulcahy, the director, introduced us to each other on zoom and we had a big chat about the characters and the story and life in general. we wanted to talk a lot about their story before we meet them in the show to set up a definite backstory and understanding of their dynamic as a pair, we get along so well and Aggi is so brilliant that it felt really natural, I can’t wait for people to see what she has done with this role!

– Can you share any moment on set with Aggi that really stands out as fellow actors?

TV: Without giving too much away, I’d say the scenes we did on the abandoned train in episode one felt like a really significant day in the shoot. those scenes had stood out to me from the start as ones that would need to be extra prepared for as they were really meaty. the location on the day was so cool and the scene was shot in a handheld roaming style so it felt like as actors we had reign to move about as we wished and really go for it, and the camera would follow us, it was a really good day.

ST: Can we travel back to the beginning for a moment. What is your earliest memory of acting and how did it play a role in this becoming your profession?

TV: As a kid I remember always pulling ‘acting’ faces to myself in the mirror, which, on reflection sounds kind of odd. but I was quite shy to be honest, so it was a surprise to me that when my friend asked me to come with him to our local drama club one Friday, that I loved it so much. I couldn’t stop corpsing though, that was a problem. and early on I’d just be doing loads of slapstick stuff to make people laugh, then the more I got used to it I found a real excitement in being able to dress up and get inside a character’s skin.

ST: When you are not acting, what are you doing on a Saturday afternoon? For example, is there such a thing as a perfect Saturday, and if so what is that for you?

TV: Oooh a perfect Saturday, a lie in, always! go for a proper nice coffee, walk along the southbank. if I was in Manchester would probably involve going to Old Trafford to watch United. If not I love going places spontaneously, I went to a restaurant called ‘Dans le Noir’ a while back, it was a completely dark restaurant, you couldn’t see your hand in front of your face, let alone what you were eating, I really enjoyed it, and it introduced me for the first time to Crème brûlée, I haven’t looked back since.

ST: Words to live by?

TV: The same water that hardens the egg, softens the potato. 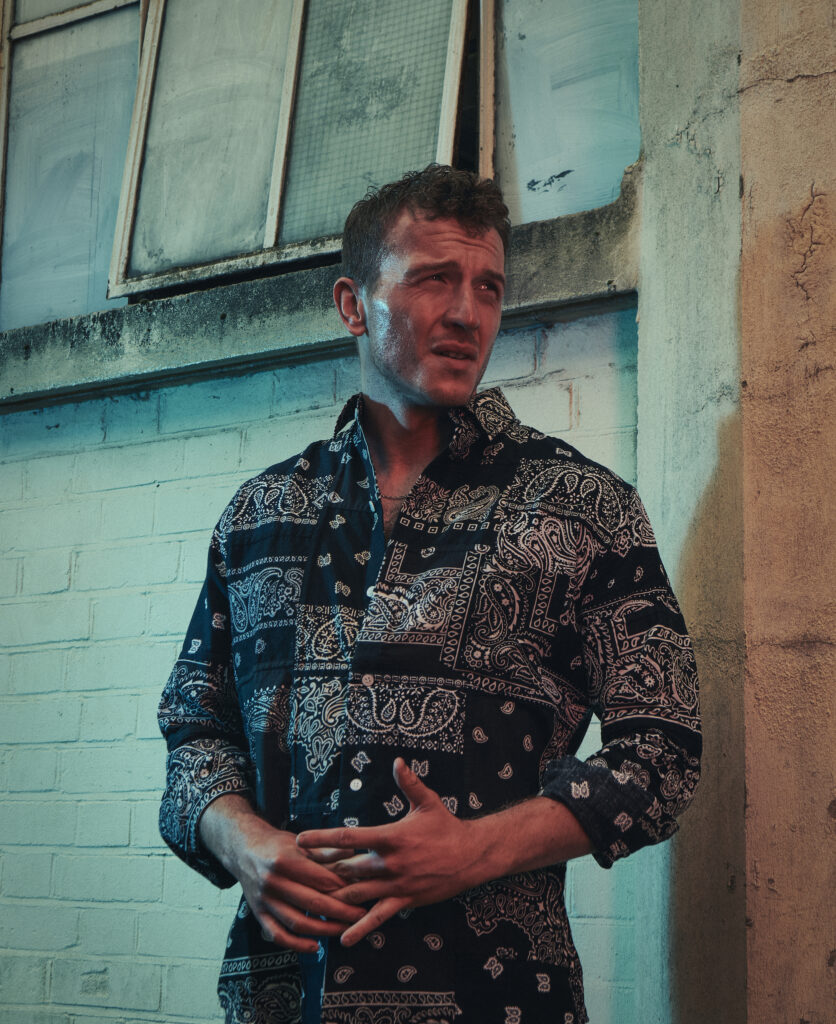 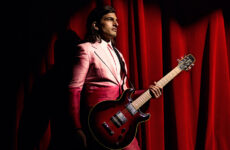 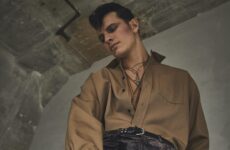