We took actors Russell and Matthew Lewis to Ojai California for a western inspired shoot ahead of GODLESS the premiere of their new show on Netflix. 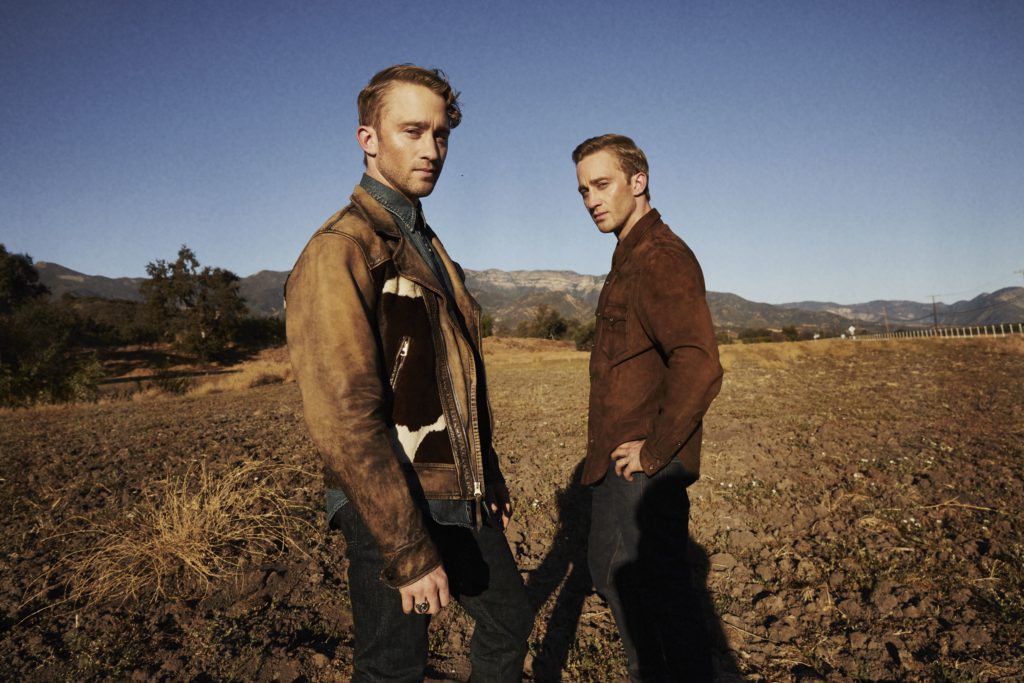 MM: When did you want to get into acting? How did you get started?

RL: I did a couple of plays in high school. A friend of mine was in the theatre club and got me involved. I think it really started though as kids. We grew up in the middle of nowhere upstate New York, and we didn’t have cable, so we didn’t watch a lot of TV. My brothers and I would just play outside all day making up characters and stories.

MM: What was the move out to LA like from the east coast?

RL: It was much needed. I wasn’t really pursuing acting as much as I would’ve liked in NYC. All my energy was exhausted trying to survive and pay bills. I made the decision to make the move and within three weeks I quit my job packed a few belongings and moved. I didn’t even know where I was going to sleep when I got there. Luckily some friends pulled through for me and offered me their couches!

MM: What projects/shows/ shorts were you doing before you were cast in GODLESS?

RL: Mostly Indie films and small roles here and there on TV. Teen Wolf, The Bold and the Beautiful, Major Crimes to name a few. 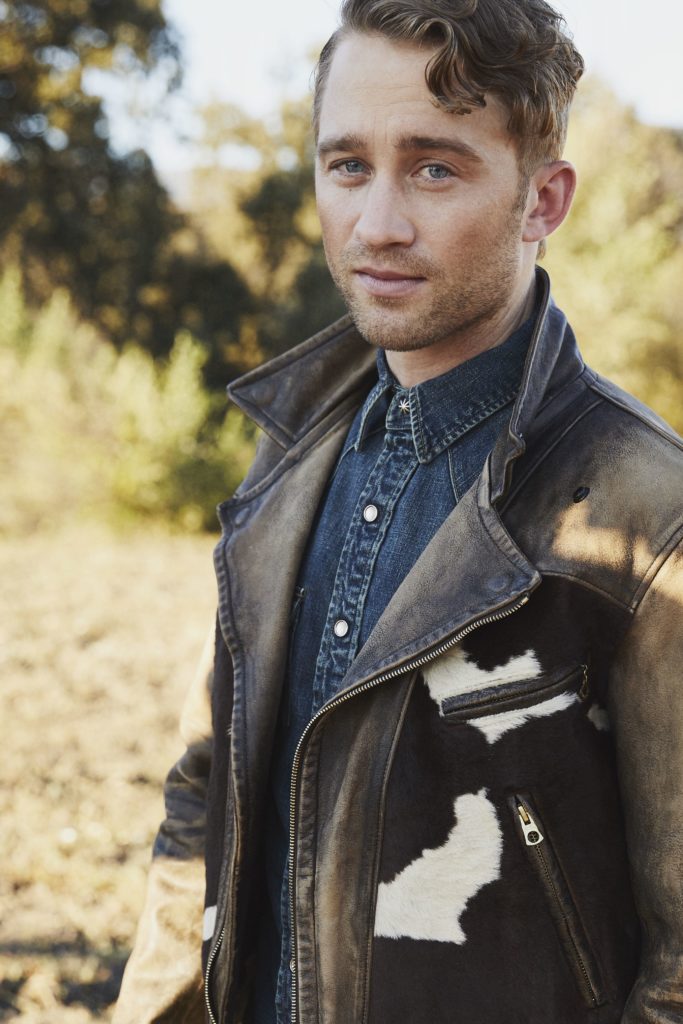 MM: Tell us about your characters in the new Netflix series? (issue out Dec 1)

RL: Our characters are misunderstood, troubled young men… Haha no, they’re violent sociopaths living in a world where they can get away with murder… Not someone to bring home to meet your mother.

MM: Any funny stories on set, you can embarrass your- self just not your actor peers here?

RL: Umm funny stories? We were told funny stories by Jeff Daniels, during takes, while his back was to camera and Matt and I was supposed to be very serious. Do you want to know how to make prairie dog soup? We also had some amazing dance parties with Michelle Dockery and the ladies of Labelle at a local restaurant. They’d let us stay after closing time and we’d dance all night!

RL: Most Challenging part of filming GODLESS would definitely be the elements. We filmed in and around Santa Fe, New Mexico. We filmed for three months. In those three months we experienced monsoon season, summer, fall, and winter. Our last few days on set were so cold we were put- ting our hands between the horses and saddles to keep them warm. Best part, the crew!!! We had an amazing crew that took really great care of us. Westerns are a beast of a challenge film/produce and they endured a lot more than we the actors did and they slayed it!!! Shout out to Bea, Kat and Jess! You ladies rock!

MM: What actor or actors do you really admire?

RL: Well first, the many great actors that we worked with on Godless. Watching Jeff Daniels work on set is like a master class in acting. Michelle Dockery and Jack are O’connel were amazing to work with as well. I’m also a big fan of Joseph Gordon-Levitt, and Jake Gyllenhaal.

MM: If you could star in any old western movie, remade today, what film, what character, who would you want to direct it?

MM: When did you want to get into acting? How did you get started?

ML: I feel like ever since I was little I was interested in acting but didn’t have much of an opportunity growing up in a small town. I guess playing outside with my brothers really helps shape my imagination. I got started by making the decision to move to NYC and begin the grind. I served tables, and put in my time just like so many others. One step leads to another and I just stayed persistent.

MM: What was the move out to LA like from the east coast?

ML: The move was easy. I only came out with one suitcase and a backpack. I was only intending to stay for the pilot season then never went back haha the actual hardest part, which is still hard is just being away from the entire family.

MM: What projects/shows/ shorts were you doing before you were cast in GODLESS?

ML: I made several appearances on the Investigation Discovery channel, had the opportunity to work with some awesome music artists which is mentioned in my bio, and plenty of indie short films. 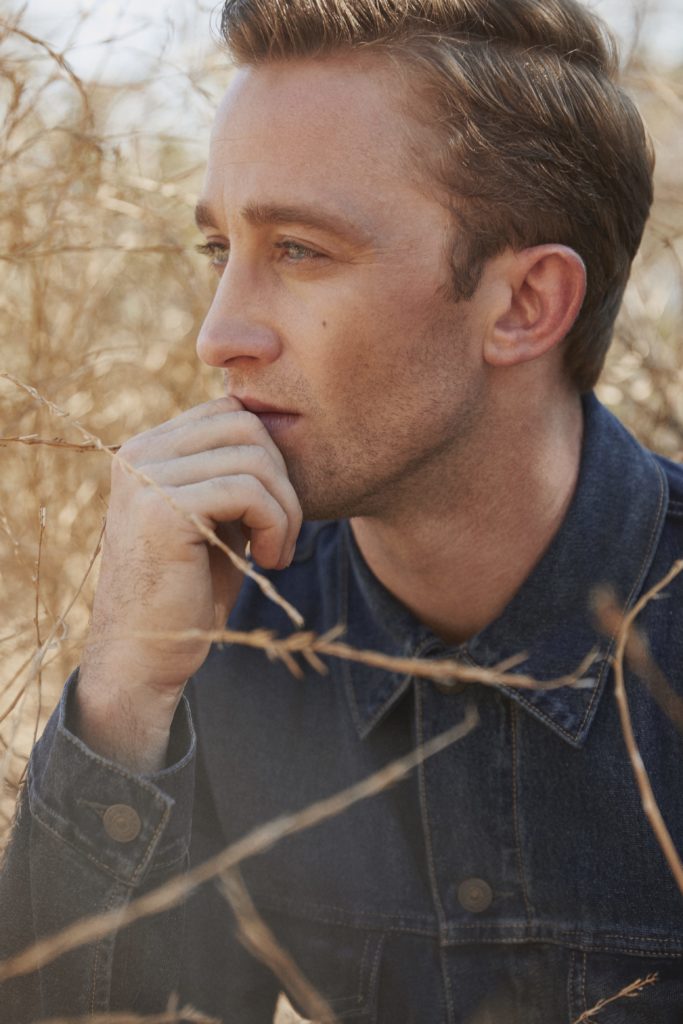 MM: Tell us about your characters in the new Netflix series?

ML: We are terrible people!!! The worst, but we could not have asked for characters that were more fun to play.

MM: Any funny stories on set, you can embarrass your- self just not your actor peers here?

ML: Mine happened on pretty much on day 1. We had the opportunity to go through what everyone was calling “Cowboy Camp.” It was twelve days of horseback riding and firearms training. Since we did all of our own ridings in the show we had to perfect this and get to know our horse counterpart. My first day was supposed to be simple. I was on my horse, walking at a slow pace talking to the wrangler as he did the same with his horse. Next thing I know, something spooked the horse, or it stepped on a cactus or something and it was gone, and I was in the air, then on the ground. It didn’t hurt at all, but that’s one way to NOT feel very cool in front of the other cowboys. After that, they gave me a different horse, my soul mate, Buttercup. We were the best of friends for the entire shoot.

MM: What was the most challenging thing about filming GODLESS?

ML: It was an amazing shoot and ran so smoothly for having such a huge cast. Probably the most challenging thing about the shooting was the last day. It was early December and bitter cold

MM: What actor or actors do you really admire?

ML: I would say, Daniel Craig and Charlize Theron. Both of them are incredible actors and they get to play such amazing characters. Plus, I wouldn’t mind playing Daniel Craig’s son in a Bond movie.

MM: If you could star in any old western movie, remade today, what film, what character, who would you want to direct it?

ML: “Winchester ‘73” the 1967 remake because Russ and I could play the brothers, Lin, and Dakin McAdam. There are several directors I could think of for this, but after seeing how amazing “Godless” turned out, it would be cool to see what Scott Frank could do with it. 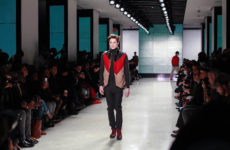 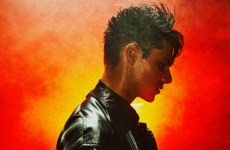 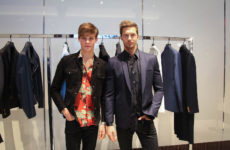