The mountains in the distance were staggering, providing a lofty white crested backdrop. I had just landed. It was two hours to midnight and yet the sun eerily hung on the horizon. Anchorage. I made it. Though fatigued from the flight, a certain excitement stirred, an eagerness to explore this new place and all it had to offer. Early the next morning, I set out with one thing in mind, tackling the highest peak in the bowl, Wolverine Peak. But I had no plans of guided tours, buses, or cabs. This was about adventure. All I truly needed was my running gear and a trailhead. The rest was up to fate. Because, if you plan for everything, how can you spontaneously enjoy anything?

There is something to traveling to new places. From the change in culture to new and invigorating scenery in the most broad of definitions, the brain and a vast array of neurotransmitters fire, optimizing all of one’s senses and inevitably linking sights, sounds, and smells to newborn memories.

Running is one of the most basic of human movements; foundational for human existence I would argue. Nevertheless, the prevalence of running injuries, total knee replacements, and deaths during marathon races, have all contributed to a notion that running is inherently bad for you. In college, I remember being labeled injury prone by the athletic training staff. I would also receive warnings from those who didn’t run that if I kept running, I would certainly require a knee replacement by the time I was 40. As frustrating as that time of my life was, it laid the groundwork for what I do now. Closing in on 40, I’m a chiropractor, and still running over seventy miles a week. Although I was always discontent with those injury-laden seasons, it has all come full circle as I now help people keep running, competing, and living pain-free. You see, each time I’d get injured, it seemed to always boil down to the same reasoning and the same advice. Injury was a result of overuse. The treatment was also very similar with each injury in the form of rest, ice, and anti-inflammatory medications. Most treatment would progress to include stretching and strengthening the body in a general sense but the prescription for injury at its core was always the same. That and the advice to not overdo it next time. I began to ask, is the reason my Achilles tendon became inflamed, the very same as to why I developed trochanteric bursitis. What about iliotibial (IT) band syndrome? And what about that knee pain I started feeling in the late stages of my long run? I became dissatisfied with the common perspectives regarding injury and I find to this day, people of all ages and abilities have the same experience, obtain that same advice, or even worse, are told “you should never run again.”

Let me be straightforward. Good running is good for you and bad running is bad for you. In my studies of the human body in addition to the biomechanics of human movement and injury, it has become very clear that our bodies have a huge capacity for workload. This however comes with one important caveat. You have to use it as it’s intended to be used.

In my office, it doesn’t take long for patients to understand this is not a place they’ll be getting traditional answers. Such is the case when someone suggests their knee pain is likely a result of getting old. You should see their face when I ask for the age of the other knee! Suddenly

optimism lifts as they begin to consider that they may not be stuck on a road that leads inevitably to a life without running. Sure, there may be some arthritic degeneration and in many of the cases that come into my office, there is. But age is very seldom the elephant in the room, especially in consideration of non-traumatic unilateral knee pain. Furthermore, research has shown that long distance running does not accelerate osteoarthritis, and those most likely to develop running injuries are not the high volume runners, but the two and three day a week runners, logging less than 20 miles per week. On top of this, the benefits of running in general are extensive. From reducing the effects of aging, reducing cancer risks, reducing insulin resistance in our world of escalating cases of diabetes, and reducing the risk of coronary heart disease, behold, running is not a terrible hobby after all!

Therefore, be active, be enabled in this new mindset, and be adventurous. Traveling doesn’t have to be full of strict regimens and schedules. And even if it is, a 30-minute run can provide the mental clarity laced with a punch of endorphins to get you through your day. After all, sometimes the best way to see a new place is on foot, at your running speed. So do your lungs, heart, and entire body a favor and bring your running shoes and a sense of adventure on your next trip. It may actually tack years onto your life, and bring back a sense of freedom, joy, and exhilaration along the way.

James Lander is a chiropractor and owner of Lander Chiropractic in Brea, California.

Disclaimer: The information in this article is not intended as medical advice, diagnosis, or treatment. It is intended as a sharing of knowledge and information. All medical decisions should be based on your own research and in partnership with a qualified health care professional. Consult your health care professional before undertaking a new health regimen, changing activity levels, or have questions regarding a medical condition based on this content. 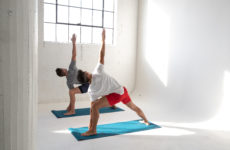 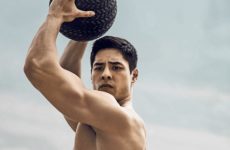