Luke Davis is the quintessential SoCal boy, born and raised on the waves. He has competed in the professional surf circuit and has taken on modeling for brands like RVCA and is signed to Ford Models. We recently went on a surf trip with him in Malibu and talked growing up, surfing, traveling, music and more. Here is our conversation.

What is your go-to junk food?

It’s probably three things. Donuts. I grew up eating donuts every single morning before I would surf. French toast and cinnamon rolls. Nice. That’s it. Now I’m hungry. Uh, once you have a favorite flavor of donut.

Do you have a favorite donut?

I used to get a tiger tails every morning. So it’s like a spun up cinnamon roll with, with a frosting. It’s the next level.

Kind of all depends on where I am. Usually it’s if the waves are good, you’re just surfing all day. So it’s anything that’s put in front of me for the most part, but the other day I had pizza after surfing. I love steak.

Is there a go-to pizza joint in SoCal?

A place in Malibu called D’Amore’s Pizza. It’s a super good spot. I had it the other day.

What would be the one grooming product you can’t live without?

I’m in the saltwater all the time. I mean an all-in-one body wash or a face wash. If you keep sunscreen on after surfing, you just break out.

Do you have a digital habit like the rest of the world?

Usually it’s just me binge watching TV shows and Netflix or Hulu or whatever, and getting so locked in that I’m staying up until 1 am. Okay. I’ve done that for like the last five nights.

Ozarks, I finished the new season in a couple days. It’s so good. The acting is crazy. I was big into Game of Thrones. I watched it three times. Once I get sucked in I just keep watching.

Best way to start the day?

Thought you were going to say surfing?

Coffee is first. Usually I make it at home. I am big into Bulletproof Coffee. It is made with butter and coconut oil blended in with the coffee. It’s good for surfing. Which is perfect for surfing. Cause you don’t want a big meal before surfing. So you get the fats and something to sustain you. I’ve been addicted to that for like six years.

What is the best way to end the day?

I would say my favorite would be a sauna ice bath after a long day of surfing. A few rounds of going back and forth from sauna to ice bath. And then after that you’re done like straight to sleep, the best sleep of your life. A few of my friends like the full ice bath sauna set up which is cool. I’ve just been going to my friend’s house and doing that.

I feel like the O G Spider-Man that Tobey Maguire is maybe my favorite just cause it was like when I was younger and I was super into Spider-man.

Most anticipated movie for 2022?

The Batman for sure. All the Batmans are top for me.

Who is your favorite actor who has played Batman?

What is something you wish you could do more of that you don’t do?

I mean, right now it’s traveling. I haven’t been on a surf trip in six months probably. 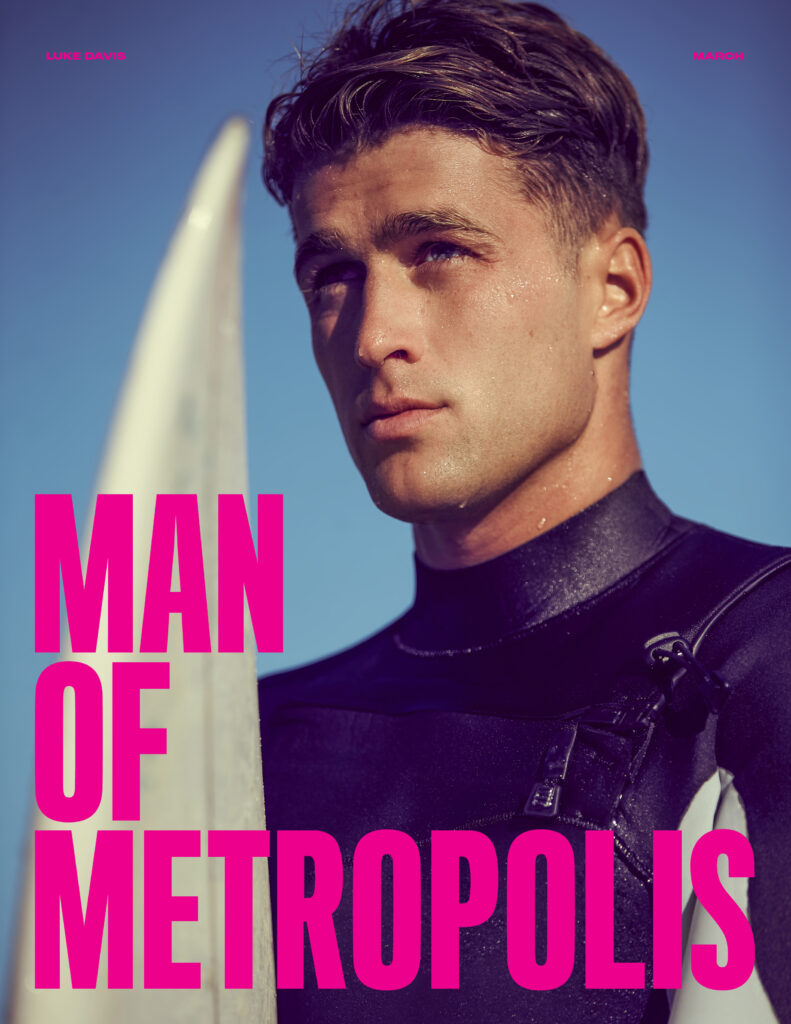 What does home mean to you?

I grew up in San Clemente, California, which is like a big beach town, like surf heavy. Lived with my parents till I was 24, but I’ve been traveling since I was about 12.  I moved to LA and have been here for about four or five years. I mean, for the longest time, I was just trying not to pay rent because I was traveling so much. I think having your own space and just having a place that you can come back to after traveling decompress is super important. One of the main perks of LAX is 15 minutes from my house. Most of my surf trips are super last minute. So I usually  book a ticket right now and leave tomorrow morning.

You have always experimented with your appearance and have grown up a lot since first becoming a professional surfer and model. What does identity mean to you now?

I think that’s something people struggle with. Like who they are and identity. That’s become a big thing. I had this weird coming to God moment when I was like 18. I can’t listen to what anyone’s saying about what I’m doing or what people think.

The decisions I’m going to make, because they’re, for me. If I want to color my hair, I’m not going to wonder what these people are going to think? I just have to do it and make the decision. I don’t care what anyone says about me ever. I’m doing exactly what I want to do.

It’s the best thing that could’ve happened to me ever. And that’s something people struggle with all the time, every day, especially with social media. I just made the cut and dry decision, like over 10 years ago that I wasn’t going to put any focus on what people are saying about me and I’m just doing whatever I want to do. It’s the most fun and freeing decision I could’ve made. It’s amazing.

How has that decision served you in the present?

I think it just gives you a lot of freedom in making decisions. It simplifies your life a lot, because you’re not thinking about anyone else besides what you want to do.

How would you describe your style now?

When I turned 21, I started coming to LA a lot and it was super deep in just like the party scene and all that stuff. Just young and having fun. Wear whatever you want, especially in LA, it’s like a free space to kind of just be whoever you want to be.

Now, I am more chilled out. Obviously it’s not like it’s not the healthiest and most sustainable thing to do, especially when you’re trying to surf all the time. My style now is for comfort, sweatpants and hoodies. I don’t really put any thought into my style or stuff like that.

What was your childhood hero and who is your hero now?

I would say my main kind of surf idol is Tom Curren. He’s widely regarded as one of the best of all times, multiple world champions. A really smooth surfing style. He had a documentary style surf movie about himself called searching for Tom Curren. I had it on VHS when I was young and I would watch it every single day. Present day I would say one of my friends, Kolohe Andino. I’ve been best friends with them since I was like 10 years old. We’ve been surfing together for so long, he’s kind of taken that competitive route and was one of the first surfers in the Olympics and finished third in the world.

Is there a religious or cosmic connection to the water for you?

Totally. It’s just one of those things that I’ve been doing consistently since I was three. Yeah. You’re immersed in nature. I don’t think there’s anything else that kind of connects you to nature like the ocean does. It is ever changing and moving and it’s unpredictable but every single time you are there you feel better after. It’s like free therapy? If I go a long time without surfing, I just don’t feel right.

What part of the world has the ocean’s color taken your breath away the most?

Yeah. Tahiti is like that. Yeah. Those crazy blue places that’s just beyond beautiful. And then I would say like the Caribbean I’ve done a few trips to the Caribbean and the water looks fake blue and there’s insane spots I’ve been to with pink sand beaches and perfect blue waves and no one around.

Music plays such a cultural role in every sport. How is music part of your life as a surfer?

There’s never a moment I’m not listening to music, especially driving and traveling.

You always have so much downtime. So music is something that I go to. I grew up listening to classic rock from my dad. And then my mom was really into like Earth, Wind and Fire and kind of stuff like that. Music like that is kinda ingrained into my DNA just from a young age,

I think when I was 15, my friend showed me techno trance. I’m like, oh, this is the shit. I am super into techno and that eventually transitioned to deep house, techno through 21 till now, that’s kind of like gradually gotten heavier into what I’m into. Like, especially the more parties you go to and crazy fun experiences.

Stay in the moment. If you make that a daily practice, I think life will be more fun. 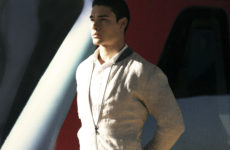 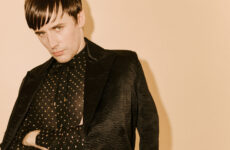 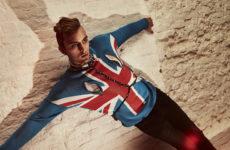