Jordan Carlyle is quickly making his name in the world of interior design, art and architecture. He has an uncanny ability to capture and translate a mood into a physical environment, invigorating spaces with a modern, cool and truly beautiful aesthetic. He’s transformed everything from New York lofts to Hollywood homes, produced artwork for CB2, designed wallpapers, started his own home furnishings and décor business––just to name a few of his accomplishments. We sat down with the crazy-talented artist to stand out where it all began. At the age of 19, Carlyle left his home in Alabama and moved to Miami, where he landed a job as a personal assistant to a successful entrepreneur. 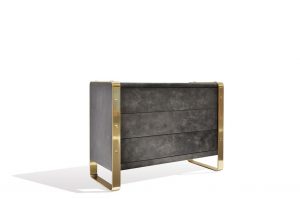 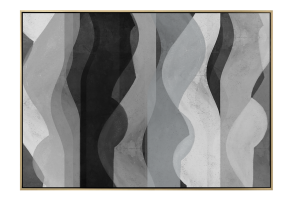 It was there that he first began to develop an interest in design, gaining inspiration from his boss who routinely took him to auctions to bid on art. “He was really the person that helped me understand it all and from there I established a love for beautiful furnishings, art and design,” Carlyle recalls. Two years later, at 21, he moved to Los Angeles. His boyfriend at the time was a well-known interior designer who further facilitated his interest in and exposure to the world of art and design. “I would regularly help him out with running errands for projects and was able to visit these wonderful design showrooms that were so inspiring to be around. My boy- friend saw something in me and encouraged me to tap into my design talent, so I decided to go to design school.” Those around him helped cultivate his talents; they really believed in him and gave him the tools he needed to materialize his dreams. Eventually, Carlyle packed his bags and moved to New York; albeit it being a difficult decision, it was one that catapulted him further into a rich scene of artisans and entrepreneurs, clients and friends who helped him cultivate his career and truly come into his own as an artist. 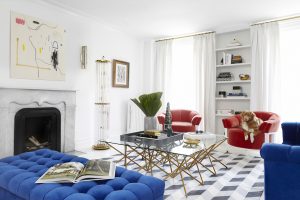 He founded Carlyle Collective which gave him an outlet to sell his artwork and custom pieces. He took the city by storm, transforming penthouse apartments and townhouses and infusing them with a contemporary, re- ned energy with his distinct twist. As of recent, his interior design work has shifted back into more private residential projects versus residential developments. “It’s exciting to be involved in such fantastic opportunities and we look forward to sharing the fruits of our labor down the road,” he explained. Carlyle’s track record as an artist and designer is already so impressive, one that is guaranteed to continue to expand over the years. We can’t wait to see what’s to come. 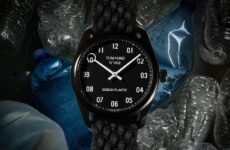 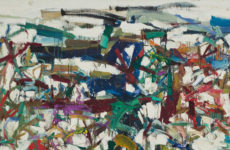 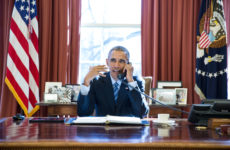 The Legacy Of Hope