“I’m lucky I knew what I wanted to do quite young,” says Jonathan Keltz, the New York-born, Canadian-raised actor, “I started auditioning when I was 16 years old – it was something I was completely committed to.” Known for his role as Ari Gold’s assistant Jake Steinberg in the HBO series Entourage, Jonathan’s seen his share of behavior comparable with the fictional foul-mouthed Hollywood agent. Entourage created a hyper-reality. There are defnitely big personalities out there.” He’s fortunately managed to avoid the Ari Gold’s in real life. “I do me – I show up CW STAR OF ‘REIGN’ JONATHAN KELTZ to do my job. It’s an industry where the main thing as an actor is, you have so little control – I try to do the best I can do with the things I can control.” An actor’s ability comes from the connectivity between body and mind. Jonathan stays attuned with a regiment of cardio, weight training, and hot yoga. “Exercise is something I am mentally addicted to – I don’t feel right when I’m not doing something physically active on a regular basis.” With such an active lifestyle, Jonathan feels indulgences are earned rather than cheats. “I have a soft spot for both Häagen-Dazs and Ben & Jerry’s, but my go to is sour watermelon candy.” Jonathan’s talent and drive keep him active in the industry. He’s currently producing a show in Canada, where he splits his time with Los Angeles. As an actor, his two major inspirations o er insight into his ambitions both on and o screen. “I was always a huge Paul Newman and Robert Redford fan,” he says. “Just the way Newman moved through the industry; did it his way and at the same time created an institution like Newman’s Own – contributing million dollars to various charities.” He continues, “Redford created Sundance – an institution that educates and provides for young filmmakers. I would love to be able to tackle all sides of the industry, and follow in those footsteps.” BY CORY TALLMAN 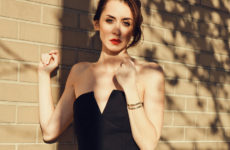 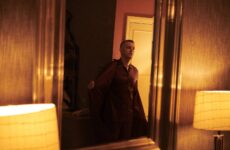 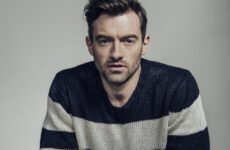