Antoni Porowski is known for his television show Queer Eye and his culinary skills. He is also an obvious style tastemaker. He tried out some of the new Omega watches. Here is the conversation.

Tell us about your first memory of the OMEGA symbol and its connection to your early days of swimming competitions.

The first time I saw the red Omega symbol was on the chronometer hanging on the wall of the pool I would go to for swim practices when I was about five years old. My sister and father were both avid swimmers and would go to the same pool. Samak was the name of our team and I would go to practices until I turned 12 and moved to the United States. Other than my swimming coach, I relied the most on that clock during the entire practice. It told me when to start, how many seconds I had break in between sets and also signified my results. It was my first symbol of precision.

You must have spent a lot of time looking at that swimming clock. What association did you make with OMEGA? For example, precision, excellence, achievement?

Definitely. Precision, time management, and achievement all come to mind. The clock was an objective device of measurement for me. There was no arguing with it and it always told the truth.

With your passion for swimming, where the Olympic Games a highlight in your family? What are some of your first memories?

The Olympic Games, specifically swimming during summer events and skiing during winter, were always a favorite of my father’s and I would watch with him. I remember hearing the name Michael Phelps during the 2000 Summer Olympics. Though he didn’t win a medal that year, I was struck by how young he was (15). My father loved his butterfly. During the Winter Olympics, me being from Quebec, there was always talk of Jean-Luc Brassard in skiing and Isabelle Brasseur, a figure skater, both from my home province. 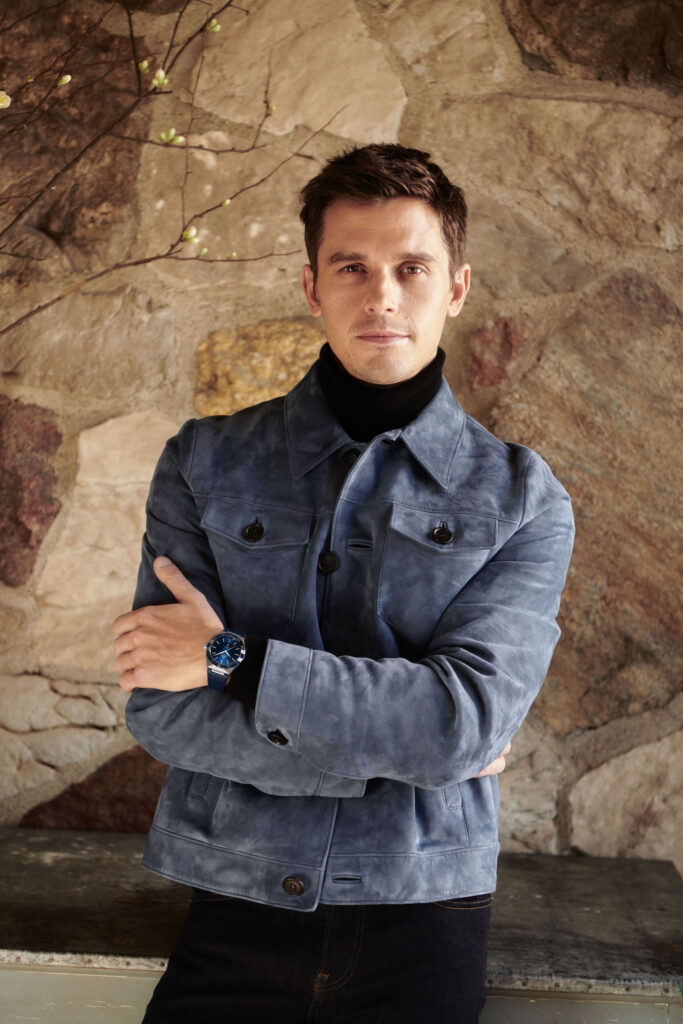 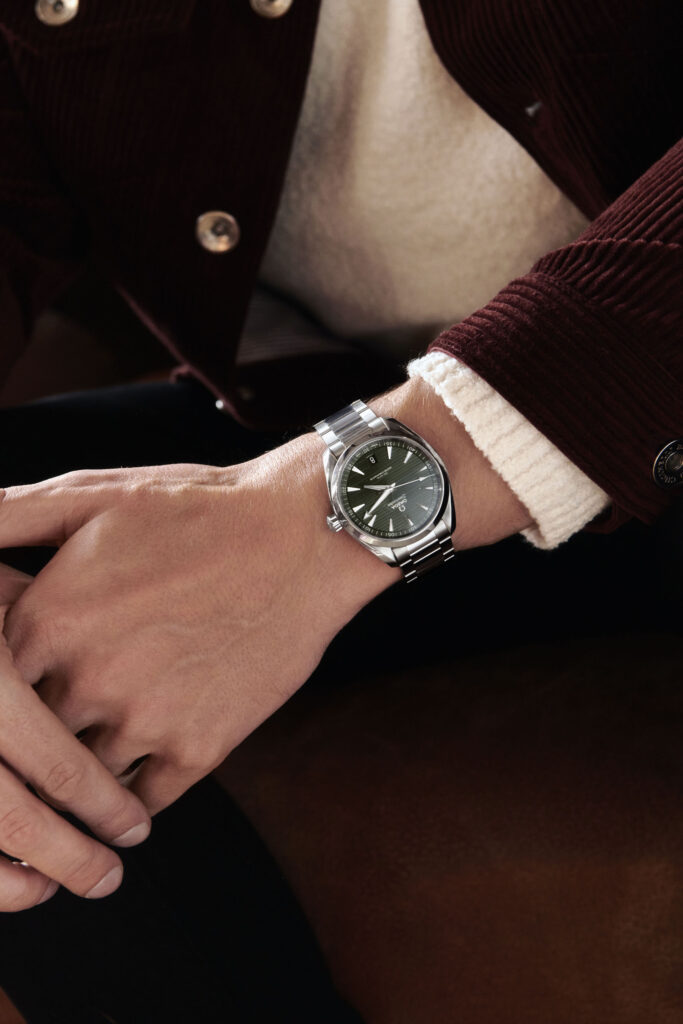 Were you a fan of Michael Phelps? (Another OMEGA ambassador)

My father was a huge fan of Phelps because of his butterfly. He would just glide and make it look so easy. My strokes were the free and breast and honestly, I struggled with butterflies, though my sister was excellent and that was her stroke.

James Bond has worn an OMEGA since 1995. What are your first memories or favorite scenes since then? Why did you like the character so much?

James Bond films have always been a favorite since I was old enough to be allowed to watch them, and even before that. In elementary school, we had an activity once where we had to create something out of cardboard and I made a James Bond briefcase with all kinds of gadgets that I cut out of paper and cardboard, all inspired by my favorite spy.

I’ve always been drawn to characters who aren’t archetypal protagonists. Bond has always struggled with being a good guy but engaging in at times questionable actions/missions. He was flawed but unapologetic about it. I felt as though he was always trying to do the right thing and struggled with his own internal demons. All of this while dressed in a perfect suit, driving the perfect car, and striving to impress his only maternal figure, M. Ever since Daniel Craig took on the iconic role, I feel we’ve had a chance to see a much more human side of Bond, as a man with an impossible job who never gives up but definitely struggles along the way. In the past four Bond films we’ve seen more loss, leading up to the loss of M. I forget which exact film but I remember when he lost Q, who I saw as a father figure, years before. I can relate to getting older and realizing that your parents won’t be around forever and how it forces us to grow up and be independent.

Tell us a little about your first OMEGA watch – and how it relates to your first “proper” job.

When I started working as a gallery director in New York City, I had to change my wardrobe to fit the part. I invested in proper tailored shirts, pants, and shoes. That first Christmas I was gifted 1950 (I believe!) Omega Constellation with the original parts. It was gold with a black dial, original hands, and gold observatory on the back case. I paired it with a vintage black cordovan leather strap. Years later when Omega contacted me for a visit to the NYC flagship, they graciously offered to restore and refurbish it to its original condition. I love all my Omega watches but my first will forever be my favorite.

Is it true that you wore an OMEGA on your first day of filming Queer Eye? Which model was it? And what were your emotions on that day?

Yes, I wore that very same watch – the Omega Constellation – every single day of filming. The watch itself is a symbol of the past, how my life has changed, and the Omega symbol a reminder of my childhood. That day I was stressed and terrified. I had no idea what I was doing but relied on the support of my castmates because we were all in it together.

After all your success, you wore your first tuxedo to the Oscars. Tell us about the Ralph Lauren design, your feelings on that night, and the watch you wore!

Actually, it was my first custom tuxedo. When the team at Ralph Lauren reached out and invited me to their atelier, I brought a linen cocktail napkin of the iconic Polo Bear in a white tuxedo and black pants holding, of course, a martini. Along with my stylist Chloe Hartstein, we decided to go for that exact look. A single button linen tuxedo with silk lining, the button placed lower than usual, just as Mr. Lauren himself has made iconic. The only thing more exciting than the tuxedo was the watch: A Speedmaster 50th Anniversary Limited Edition in Moonshine Gold with thin maroon banding along with the dial. I believe this watch was presented to the Apollo 11 astronauts in 1969 and I love that it was reissued and looked exactly the same as it did 50 years prior. I’m all for some trends but especially appreciate respect for tradition.

You had a great experience visiting the OMEGA Boutique on Fifth Avenue. The first time you really learned about the whole OMEGA universe. What were some of the favorite discoveries you didn’t know before, and how much did you enjoy the visit?

I loved learning about the battle between watch brands to be the watch that would be worn on the moon. While Omega is undeniably a luxury brand, I believe they are just as much if not more about performance and excellence. Be it at the Olympics, in outer space, or on the wrist of James Bond himself, Omega has been part of not only my personal history but also the worlds. As for my visit, Silene Fry joked that she did not expect me to stay four hours and demand to see every model and hear every story. I loved learning about the significance of each model and its evolution. Omega manages to stay with the times all while balancing a respect for history in a way no one else does.

Please also let us know any other comments or special OMEGA memories you have. A quick list of your favorite models (and why) would also be great.

I love all vintage Omega watches. My introduction to the brand was through Constellation, but recently I’ve been drawn to the Speedmaster. My Dark Side of The Moon is my go-to everyday watch that is sporty enough for working out but nice enough to wear to an event. It looks best, though, with jeans, a white t-shirt, and old Stan Smith Adidas shoes.

When visiting the Omega Museum in Switzerland last year, I fell in love with the Alaska Project Speedmaster that our guide was wearing. I’ve never been one for white dials but that one was just perfect. I also love the introduction of Nato Straps since it’s nice to have the option to customize something. When we were filming Queer Eye in Philadelphia, I got to wear a great colorful Nato Strap sent to me by Gent in every episode we filmed. It was a low-key but proud symbol of the LGBTQIA+ community I am a part of.

How do you “choose” investing your time nowadays with the different world we are in?

Quality over quantity has definitely been a theme. I went through a period of three months when Covid first started where I didn’t wear a watch since I was at home and did not feel the need to have one on at all times. I started to miss it and just wearing an Omega gave me a sense of pride and a reminder of all the things I’ve already mentioned, be it my youth, achievements, or a reminder of how far I’ve come. I try to take more time and effort in whatever it is I am doing, be it making breakfast, taking my dog for a walk, or enjoying conversations with loved ones I haven’t seen in over a year. 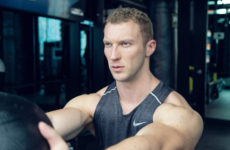 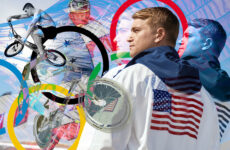 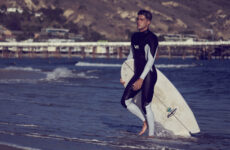