Brooklyn-based singer-songwriter Aaron Taos is a rising music star who’s made waves with his unique alternative pop sound inflected with everything from R&B to rock. On the heels of a new release, we spoke with Taos about finding his sound, what he hopes to achieve with his music and what’s coming up next.

MM: How did you get started as a musician? Is music something that’s attracted you since childhood?

AT: Not really. I played in orchestra and band when I was really young in elementary school through middle school. It felt forced and I didn’t like playing other people’s music. I rediscovered guitar and along with it the fun of creating new songs, songwriting and jamming with my friends in high school. Right when I started writing songs at age 15/16, something immediately clicked. I could spend hours doing it without thinking twice. That’s the point I realized it’s something I’d love to do full time.

MM: Would you consider your work pertaining to a specific genre? Are those kinds of categorizations still useful in today’s music? Can they be harmful?

AT: I think genres are still helpful when giving someone a ballpark range of your style. I hear a lot of people say we are in a “post-genre” music landscape, and while I think that’s true to a degree, I have no problem telling someone basically where my music fits. Personally, I think my stuff is somewhere in the alternative/pop sphere with strong indie rock and r&b/hiphop tendencies. I feel like people are a lot more open to everything these days, but I don’t think labeling things in that framework is necessarily harmful. 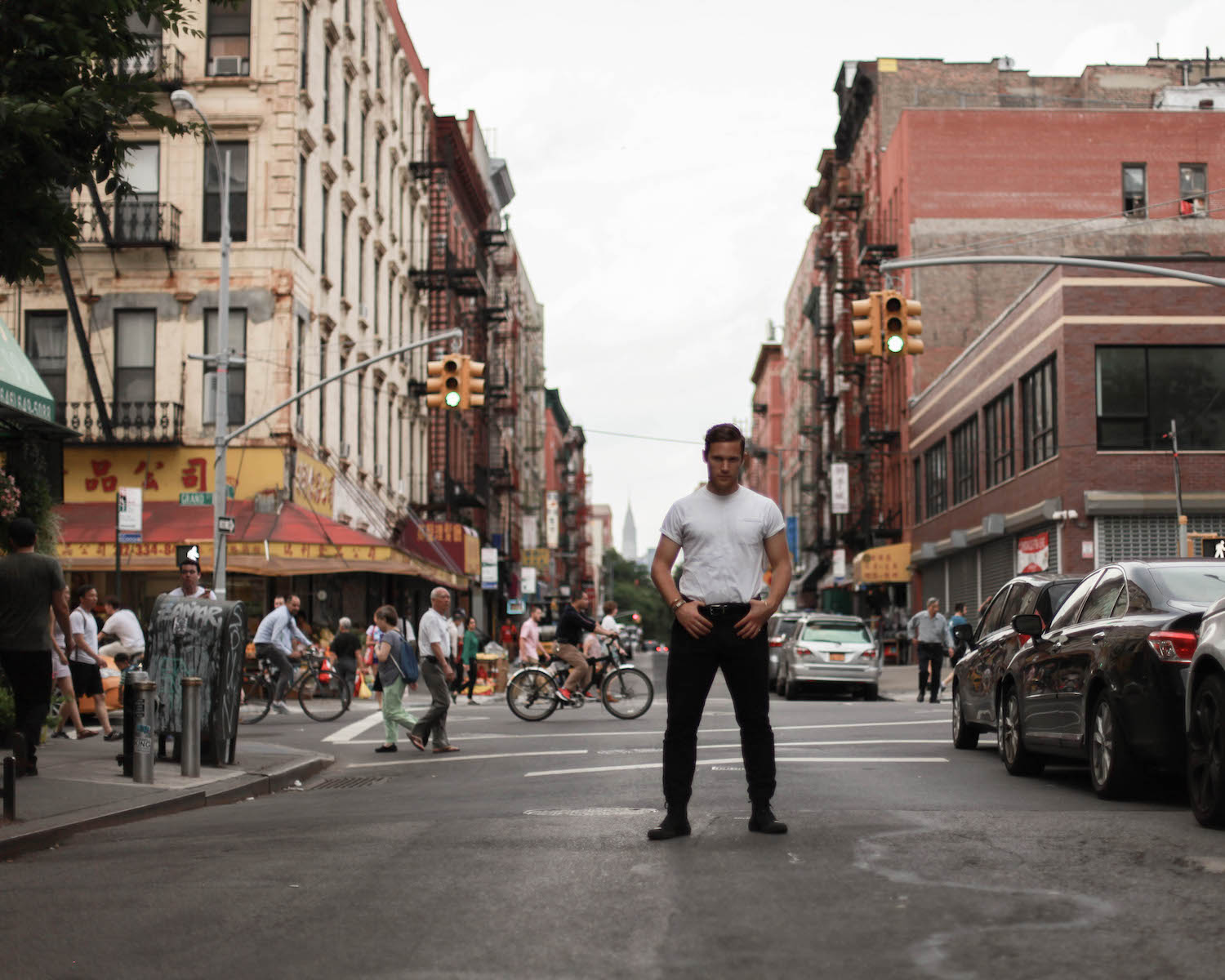 MM: Do you feel as though your music has evolved since you began professionally?

AT: Definitely. I feel like I’m a way better songwriter than I was before. In the past, I would overthink a song too much, i.e. changing chord progressions constantly between verses and choruses and trying to fit in too many lyrics in spaces that just needed a break. I think I’m way more concise than I used to be, saying more with less. Over the last year, I’ve studied what makes my favorite songs so great and generally I’m finding that letting things sink in with space is a helpful tool.

MM: Did you study music formally when you attended Vassar or has it always been a self-taught endeavor?

AT: No, it was always a self-taught endeavor. My parents bought me my first laptop when I started college and I would spend hours and hours in my dorm room recording guitar loops into Garageband. I was doing it really poorly, but looking back that was a very formative time that informed how I make music now. Later on in college, I would spend hours in the library’s digital media zone which had Logic Pro and a midi keyboard. That was another point during which I spent just so much time looking up tutorial videos on youtube and making beats in between classes and in procrastination of doing homework. After I graduated, I bought Ableton [music production software] and spent a summer learning it. That’s when I first started writing and recording my first EP “GUITS” in late 2013.

MM: Are there any particular themes that you feel drawn to again and again when looking for inspiration when writing songs?

AT: Relationships are always a pool of inspiration for me.  I always sort of tend to head in that direction naturally.  I feel like the best songs are written when I’m not consciously thinking about a source of inspiration in particular–it just sort of comes out with my first inclination of lyric or melody and then I go back to re-work into a story. I feel like it’s a good way to tap into your unconscious. Sometimes I’ll look back at a song a couple years later and be like, “Oooooo, I understand what I was getting at,” when at the time it was more of a feeling than me analyzing it if that makes sense.

MM: Is songwriting a solo or collaborative process for you?

AT: It started out being a very solo endeavor for me. In my band in high school, we would jam and come up with ideas, but I always felt more comfortable writing at home and bringing in an idea. Over the last year, I’ve been put in more and more sessions by my manager and publishers and I’m really coming around to the whole co-writing culture. You challenge yourself to think about songs in a different way, and ultimately it can lead to something really special.

MM: Is there anything specific you hope to achieve with your music artistically?

AT: Yes. I feel like I’m almost at the point where I’m carving out a unique niche for myself in the musical landscape. It’s taken me a while to figure it out but I want to be one of those artists who you hear and immediately know it’s them; to never get lost or confused with others. For me, it’s a blend of an emotion-based quirkiness in my songwriting that I always want to come across. I’m a pretty goofy guy in normal life, so even in serious songs I don’t want to lose that part of me.

MM: As an emerging artist, how do you define success for yourself?

AT: Hands down the best success for me as an artist is when I write a new song or a chorus, verse, beat or whatever that I know has the potential to be something great. That has been, and always will be, the thing that is most special about music for me: creating something from nothing, plucking and organizing melody and words from the ether and sculpting it into something tangible. That is always the best part.

MM: What is your most potent music-related memory and how did it impact you?

AT: Picking up a bass guitar at age 15 and writing my first song in many years. It was so natural that it really made me think I could do something with that innate excitement about writing.

MM: What singers and/or songwriters from the past do you most admire?

AT: Oh boy, lots! Alex Turner from Arctic Monkeys was someone who I really admired as I was starting with my band through high school. His sense of lyric and melody really connected with me as a listener and I always try to translate that feeling when I write. Besides that, I LOVE Drake. He’s someone else who I feel like just gets it in terms of songwriting and making something catchy. Growing up, I’d listen to Outkast and Nas for a deeper sense of storytelling. Now I get that feeling from Kendrick Lamar.

MM: You mentioned in an interview with the Independent that 2016 was a hibernation period for you that led up to a host of new releases in 2017. Why was last year so quiet?

AT: 2016 was a lot of exploring for me musically and personally. I was meeting a lot of new people in the music industry and trying a bunch of things related to that whole machine. It took me a minute to go back and check-in with myself that I was still writing how I wanted to write, and now that I had access to people who really could mix and produce at a grand level, I wanted it to still be me.

MM: What’s your creative process like when the spark of a new project begins? Has it evolved over the years?

AT: It’s still mostly the same. It goes one of two ways: I’m sitting in front of Ableton or my guitar or something and start plucking notes, picking sounds that give me inspiration of a feeling or melody and then go from there building out the identity of the track and then sculpting the story around it. OR sometimes a concept will just sort of pop out of the air while I’m doing something else like walking, fishing, dreaming and then I match the music to it later. Those are actually usually the  better ones. Lately I’ve been enjoying working with other producers and writers who bring their own catalyst for an idea or instrumental and then I can really start fresh with whatever comes to me at the moment. 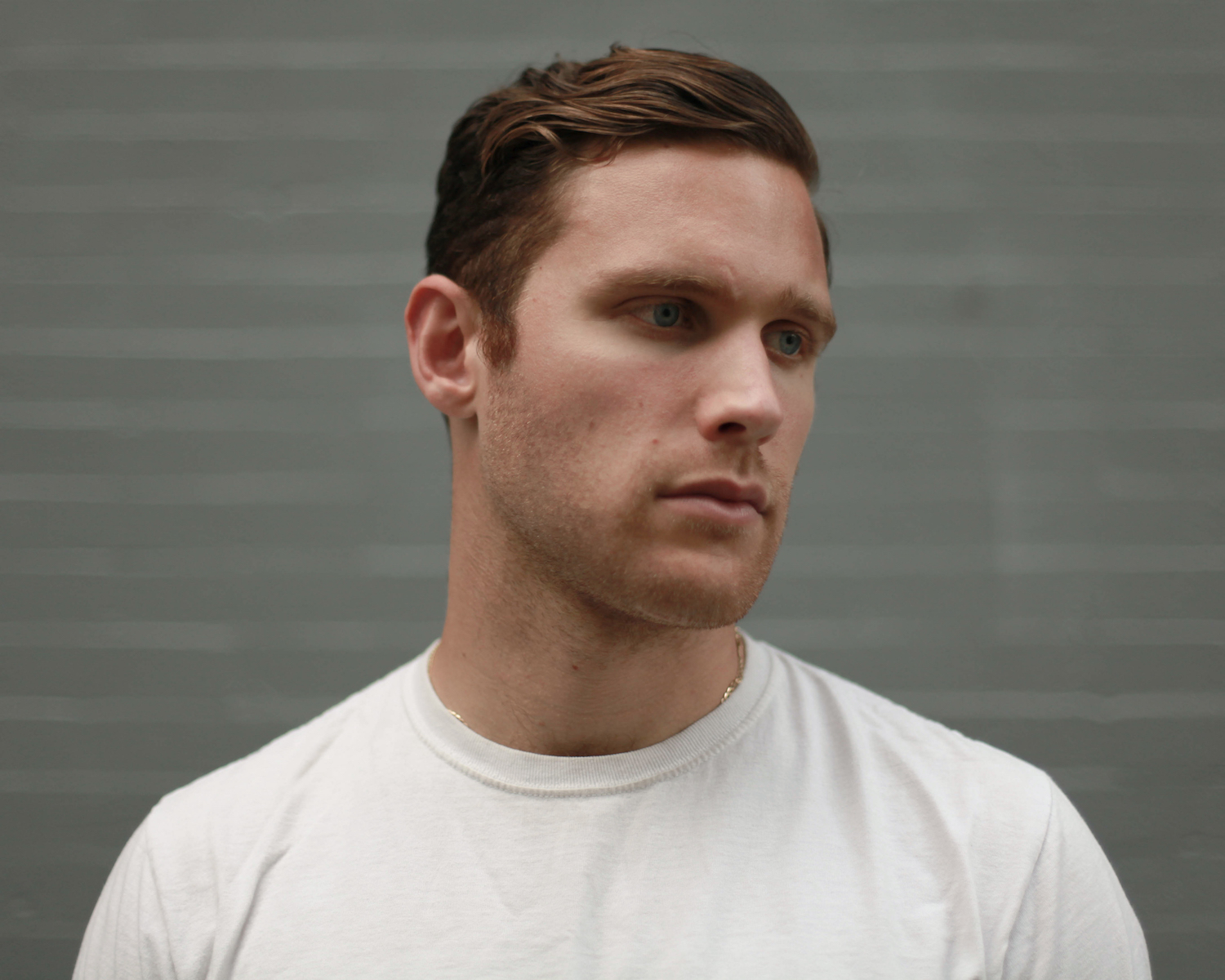 MM: Are your inspirations drawn mostly from other music or do other arts play a role as well?

AT: Mostly music. I listen to something and I’m like wow, I want to emulate that feeling or emotion in my own way. Watching movies also really gets me inspired.  After watching something, I often feel really inspired to pick up a guitar to put those emotions to use.

MM: What do you enjoy most about the recording process and performing, respectively? Does one create more nerves than the other for you?

AT: Honestly, and this is going to sound funny, I get most nervous when I feel like I write something special or make a track that has a lot of potential and I’m worried about getting it “right”. So many factors go into making sure the song is produced right: am I singing the idea right, is it mixed right, will it get the right exposure or platform? For me, when I’m really excited about an idea I immediately get nervous because I want this thing to be a tangible, finished product.  Demos lying around scare me.

MM: What’s the most exciting project for you at the moment?

AT: I actually just spent a whole week recording material in my parent’s home in Connecticut. I brought all my recording equipment home and took over the living room (to their dismay). I hadn’t written there since my first material in 2013, but I found myself really inspired again in taking risks and writing from a really calm place far away from Brooklyn. I’m going over all those demos right now as I’m doing this interview (I’m on a plane to Alaska) and I think I have some really good stuff.

Besides that, I have a new single [released] on July 13th called “Not Over Yet”, which is a collab track with a producer duo named TŌN out of LA. The song is the closest I’ve ever come to making a dance record, and I’m really excited to see how people dig! 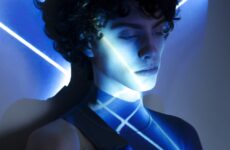 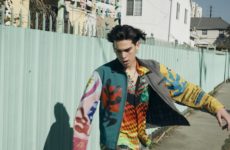 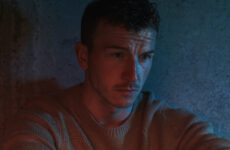